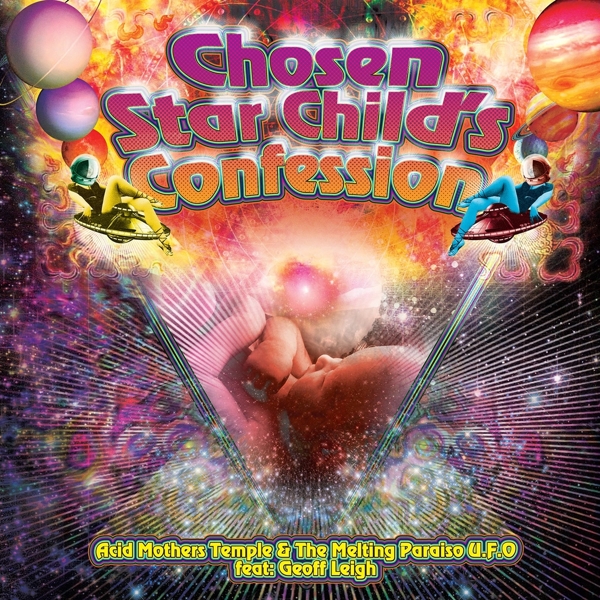 The career of Acid Mothers Temple has been an interesting and varied one. With well over 200 releases to their name since 1996, the band have certainly put in the hard yards. Recent times have seen a resurgence in their underground cult popularity. Between Autumn 2014 and December 2015, core AMT members Tsuyama Atsushi (bassist / vocalist) and Shimura Koji (drums) left the band. Original members Makoto Kawabata & Hiroshi Higashi took this as their chance to create a new line-up and that this was a good chance to refresh the band with new members.

The last Acid Mothers Temple album released by Riot Season was »Reverse Of Rebirth in Universe« in 2018 which was incredibly well received, and is now into it's fourth vinyl pressing. For that album the newly settled line up featuring new boys Wolf (bass), Satoshima Nani (drums) and Jyonson Tsu (vocals) re-recorded old AMT classics and a few new jams. The album and subsequent world tour were incredibly well received, not only by long time AMT diehards but also a whole new crowd who were discovering the band for the first time, either via the album of the show, which included the bands first appearance at Glastonbury Festival in summer 2019.

Now we finally get to »Chosen Star Child's Confession«, the latest studio album from the band which should be considered the genuine »first album« of this new line-up with the added presence of Geoff Leigh (ex Henry Cow).