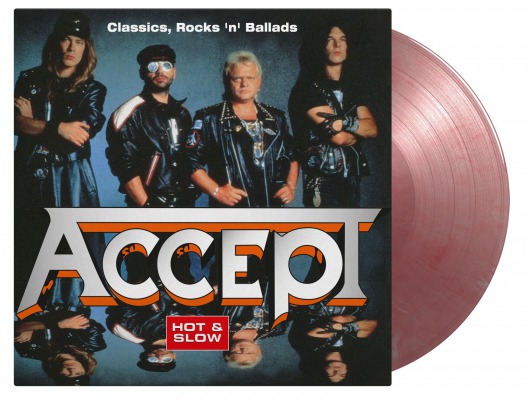 ** limitiert auf 2500 Stück
*** Gatefold Cover
This Accept compilation lifts tracks from their 1983 album »Balls To The Wall«, up to 1996's »Predator«. It is the first compilation that explores albums beyond »Russian Roulette«, so that in itself makes it worthwhile for the uninitiated.

Accept is a German heavy metal band from the town of Solingen, originally assembled by former vocalist Udo Dirkschneider, guitarist Wolf Hoffmann and bassist Peter Baltes. Their beginnings can be traced back to the late '60s. The band played an important role in the development of speed and thrash metal, being part of the German heavy metal scene, which emerged in the early to mid-80s.