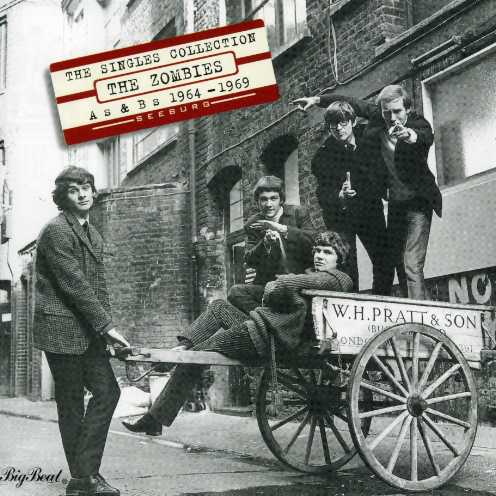 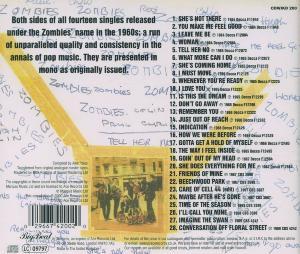 Both sides of all fourteen singles released under the Zombies' name in the United Kingdom during the 1960s: a run of unparalleled quality and consistency in the annals of pop music. They are presented in mono as originally issued.

Ace, or rather Big Beat, have done it again. This CD was quite a journey for me. Hearing all 28 tracks in the chronological order of recording and release was absolutely fascinating - it was like having a route map of the Zombies' career.

I'd forgotten how fresh and enthusiastic the tracks sounded and how much variety there was. The mastering from the original analogue mono master tapes has brought back the exciting live feel of those three-hour recording sessions. Putting this CD on my player took me right back to the thrill of hearing our first single (She's Not There) played on national radio in 1964. What a buzz!

It made me recall the writing of the songs, playing them to the other members of the group and the hours spent in rehearsing to make sure we had the best arrangement and performance ready for the studio. Apart from being a great writer and keyboard player, Rod was always a perfectionist and we all shared his need to feel excited about a song before we went into the studio. At the time these singles were recorded, most studios used four-track tape. That meant that all the instrumental backing was recorded as a 'live' session down on to one or two tracks of the four, and once a 'take' was decided on nothing could be changed. When the vocals were recorded, there was no dropping-in or mixing of different vocal takes but with Colin Blunstone's voice it was difficult to go wrong. I still reckon that Colin's voice is one of the most original and recognisable in British music history. All in all, the manner of recording in the 60s gave the sessions an edge that is sometimes hard to reproduce with today's technology.

In 1997, Big Beat brought all the Zombies together in the same room for the first time in 28 years. It was at the launch of the Zombie Heaven box-set (ZOMBOX 7) and they asked us to play a couple of numbers on stage. Standing on stage, I felt that it was only yesterday that we last played - it was magic! The songs still felt fresh and playing together again was so easy and pleasurable even though we had no rehearsals. Listening to this CD also brought back to me how lucky I was to be in a group that was so unusual and inventive for its time. And fun! (By Chris White, The Zombies' bass player)