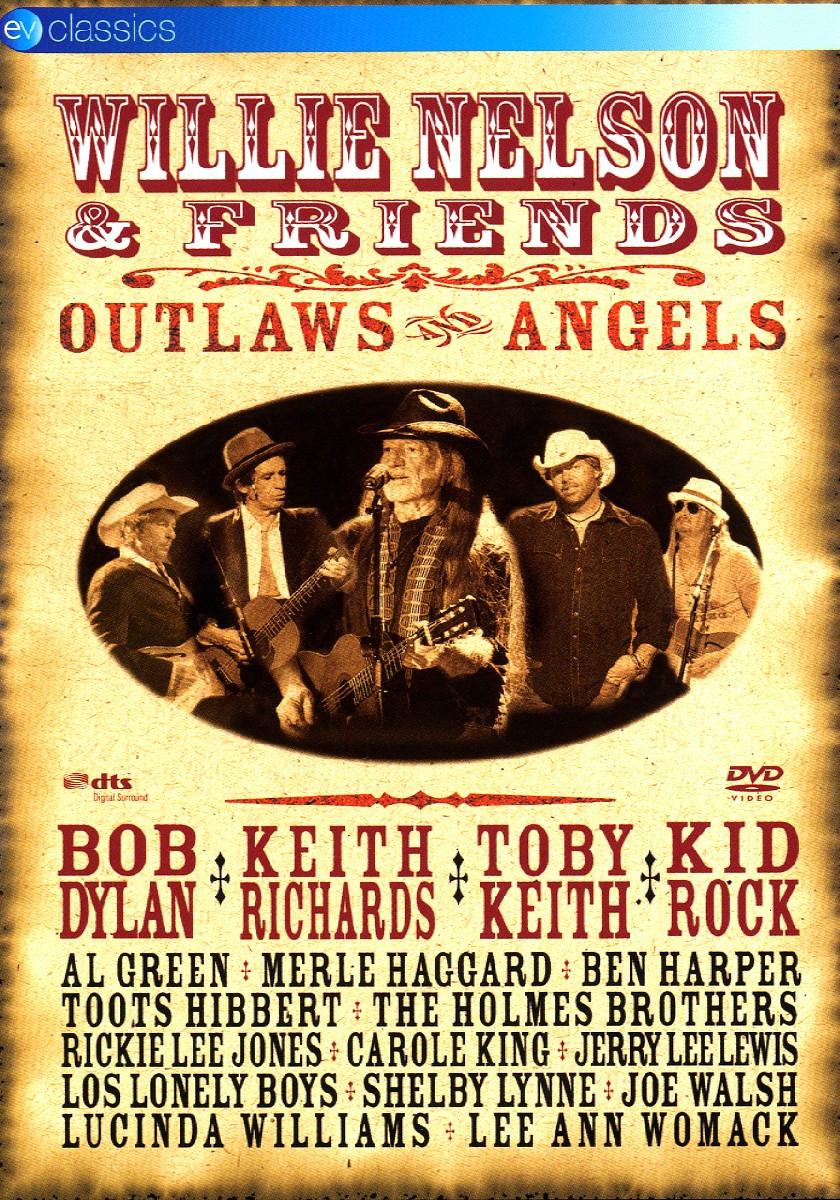 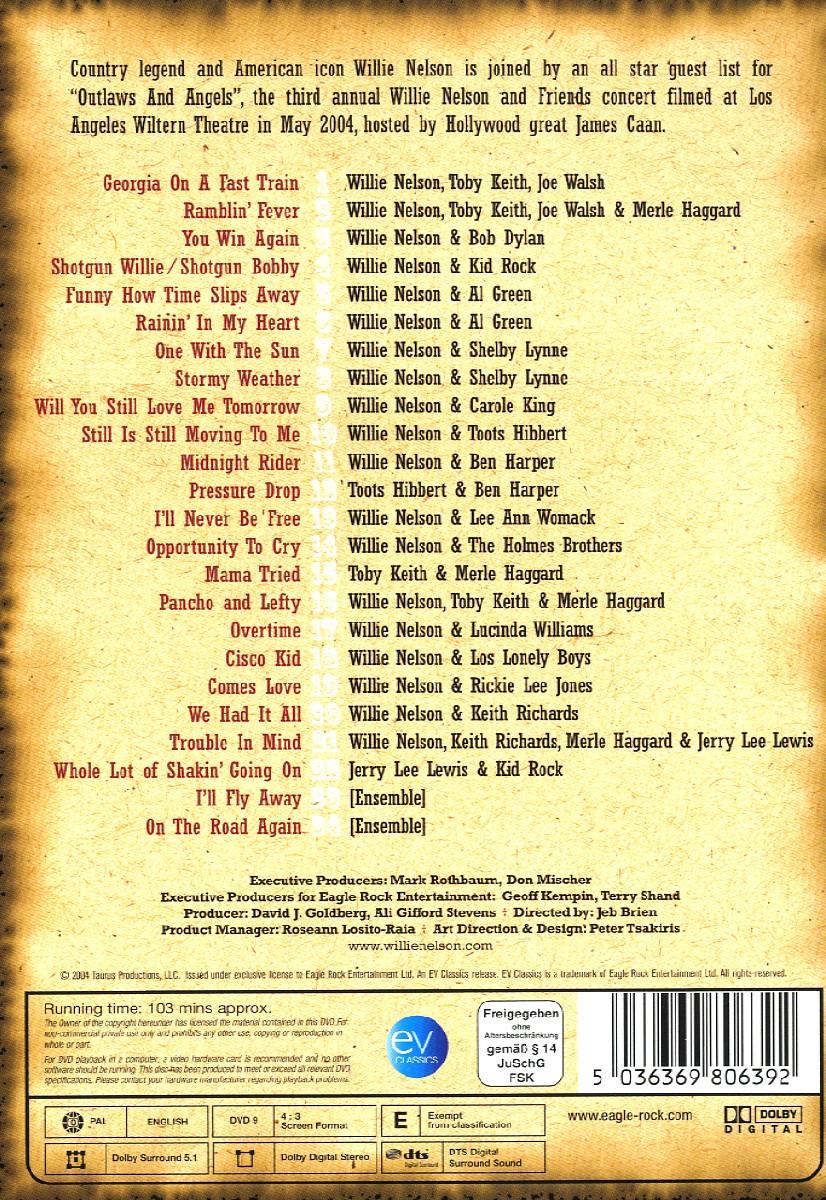 Outlaws And Angels is a very special celebration of the music of Willie Nelson. The concert recorded at the Wiltern Theatre in Los Angeles in early 2007. It follows on from the Stars And Guitars and Live And Kickin concerts of 2002 and 2003 but is the first to be released on DVD. Hosted by actor James Caan, it features inspired performances of many of his best known tracks, such as Shotgun Willie, Midnight Rider, Pancho And Lefty and On The Road Again, with a truly extraordinary line up of guest artists including Joe Walsh, Merle Haggard, Bob Dylan, Shelby Lynne, Carole King, Rickie Lee Jones, Keith Richards and Jerry Lee Lewis among many others.