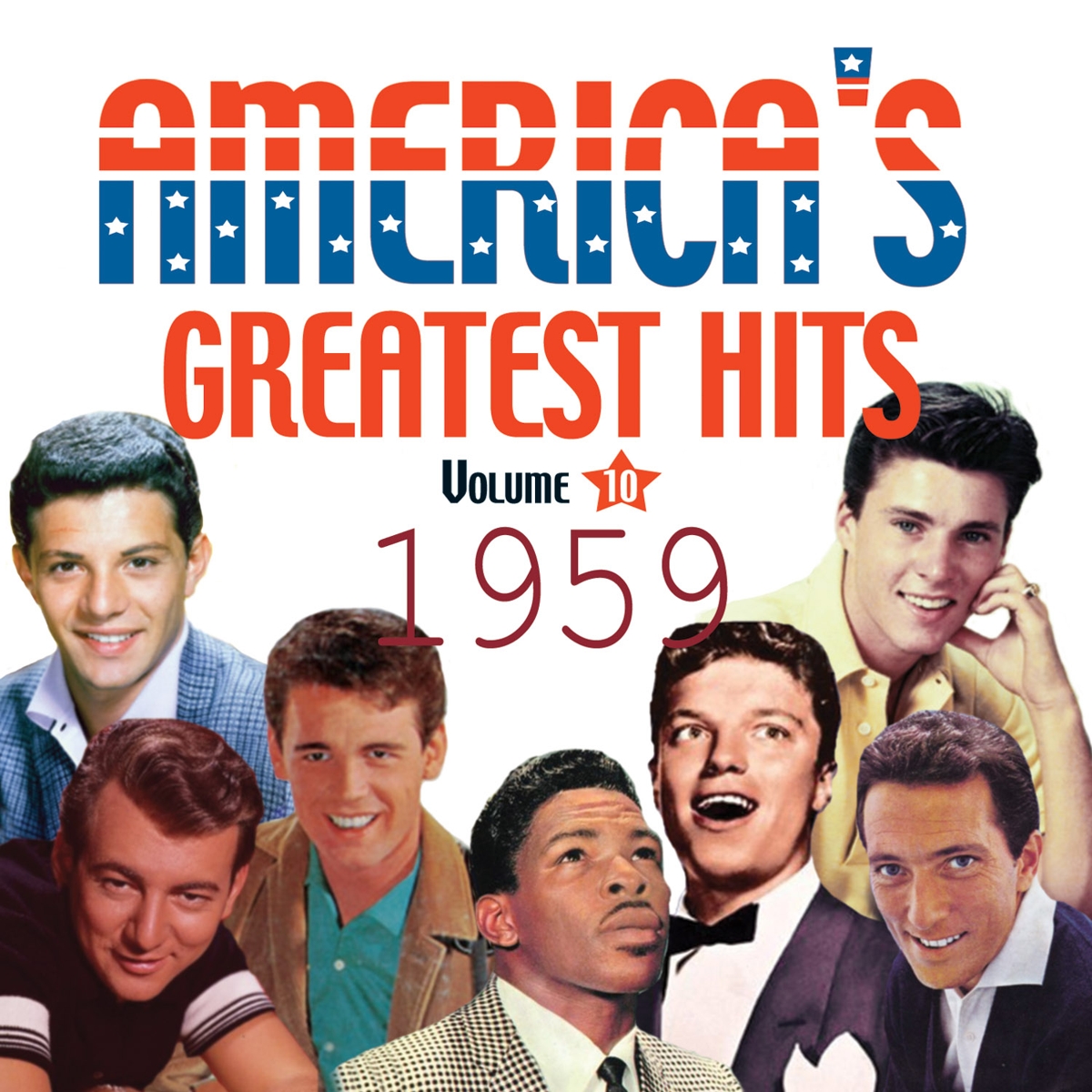 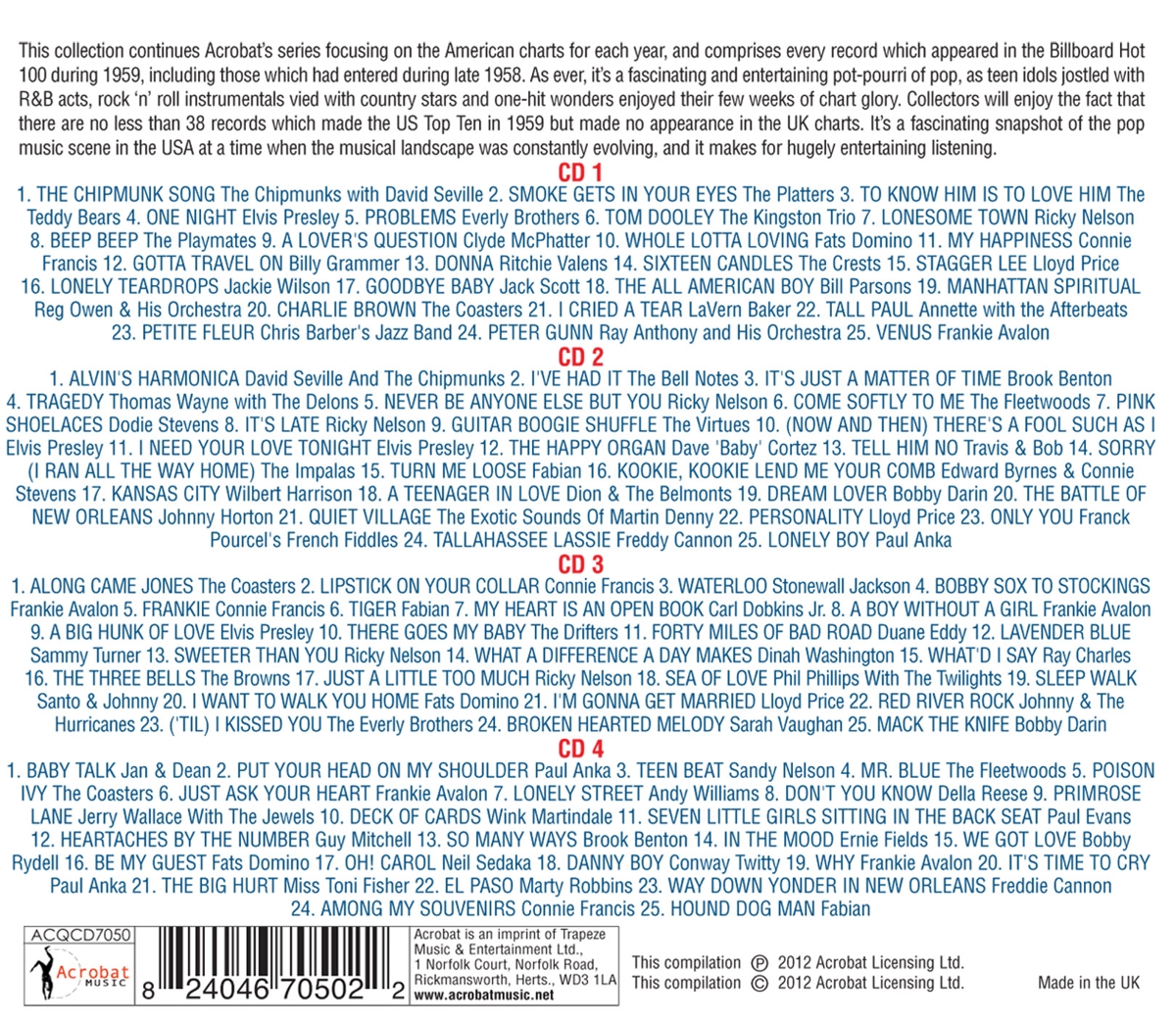 This release fills a gap in the series of “America’s Greatest Hits” which over the years has provided annual collections of the biggest hits of each year in the Billboard pop charts. The collection for 1959 is an excellent value 100-track 4-CD set which includes every record that appeared in the Top 10 of the Billboard Hot 100 during the year. Many of the tracks are, inevitably, well-known hits, which went on to score chart success in the UK, but there are no less than 40 tracks which did not make it into the UK charts despite their major US success, including tracks by well-known artists alongside more obscure hits by artists that never saw the light of day in the UK, such as Billy Grammer, Travis & Bob, Phil Phillips With The Twilights, Jerry Wallace With The Jewels and The Exotic Sounds Of Martin Denny. The whole collection is a highly entertaining trawl through the American music scene of the times, a rather different musical experience from listening to our British Hit Parades collections from the UK charts, which naturally feature a high proportion of home-grown talent. It captures the essence of the strands of musical creativity that were active at the time, from great R&B artists through second-wave rock ‘n’ rollers and some fascinating musical novelties, as well as classics like Wilbert Harrison No. 1 version of “Kansas City” and The Coasters “Along Came Jones”. As ever, it includes comprehensive booklet notes with commentary on every track as well as the distinctive series packaging. It is likely to appeal to the many collectors who enjoy these completest anthologies, and will hopefully provide useful programming for the specialist radio programmes which feature pop nostalgia.