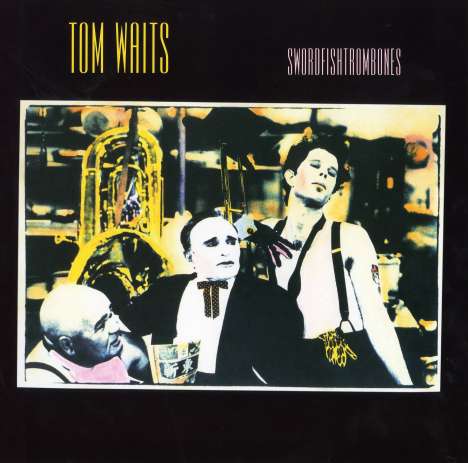 Between the release of Heartattack and Vine in 1980 and Swordfishtrombones in 1983, Tom Waits changed labels, and transformed himself from a jazz-inflected poet / crooner into something altogether new. Swordfishtrombones marks the beginning of an obvious trilogy that saw the emergence of Waits as a designer of soundscapes (this was the first of his albums Waits produced himself), with an overall tone that blends equal parts German cabaret, the patina of old 78s, and the sentimental power of a John McCormack ballad. Waits began using his voice in extraordinary ways here, from the sideshow bark of “Underground” to the cough-syrup strain of “Swordfishtrombone,” and the instrumentation changed with him, with a new clang of Harry Partch-inspired percussion and Salvation Army brass arrangements. In hindsight, there were hints of this sound on Heartattack and Vine, but nothing prepared fans for this full-blown masterpiece. (tomwaits. com)