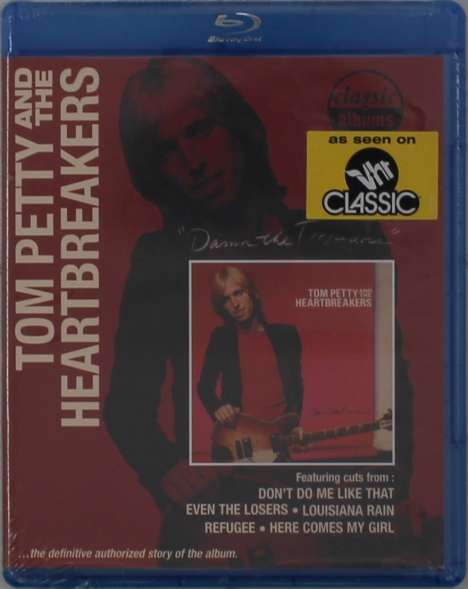 lieferbar innerhalb 1-2 Wochen
(soweit verfügbar beim Lieferanten)
EUR 27,99*
Versandkosten
Sound:LPCM stereo;Bild:16:9/1080i High Definition/WS;Spr:E;
Sub:F,D,E,Sp,I,NL,P;Ländercode:Keine Angabe;Laufzeit:128 Min.
The third album by Tom Petty and the Hearbreakers, released in 1979, has long been regarded as a classic. A mix of rootsy American rock 'n' roll and the best of the British invasion, of jangling Byrds guitars and Stone-like rhytms, 'Damn The Torpedoes" was the album that took Tom Petty and the Heartbreakers into the major league, and re-defined American rock.

This DVD tells the story behind the creation of this great rock 'n' roll album and the dramatic transformation in the band's career that took place following its release. Through interviews, new and archive performances and analysis we discover how Tom Petty, Mike Campbell, Benmont Tench, Ron Blair and Stan Lynch created their songs and sounds with the help of Co-Producer Jimmy lovine and Engineer Shelly Yakus. Recorded during a dramatic period in the band's history where they were fighting for their creative independence, the album is imbued with the anger and the gutsy attitude the band were portraying in their battle for professional freedom.

Many songs from the album are still played live, and form an important part of Tom Petty's terrific body of work. They include 'Refugee', 'Here Comes My Girl', 'Even The Loosers', 'Shadow Of A Doubt', 'Don't Do Me Like That', 'Louisana Rain', 'You Tell Me' and 'Century City'. 'Damn The Torpedos' stands as one of the great records of the last '70s and early 80s, and is truly a Classic Album.