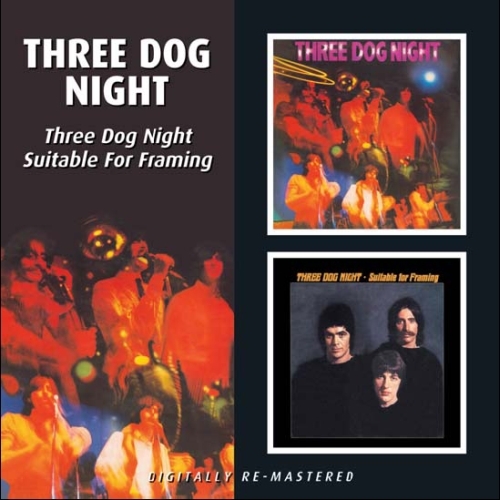 Bewertung:
lieferbar innerhalb 1-2 Wochen
(soweit verfügbar beim Lieferanten)
EUR 17,99*
Versandkosten
*** digitally remastered
These two albums were originally released in 1969 on the Stateside-Dunhill Record label. The band took their name from an Australian expression describing low nocturnal temperatures in the outback (the colder the night, the more dogs needed to keep warm while sleeping).

Harry Nielson’s ‘One’ opens the first LP here and reached No. 5 in the US singles chart (later versions of this album were called ‘One’ to ride on the popularity of the song).

Suitable For Framing contains two Top 10 hits: ‘Easy To Be Hard’ (US #4), from the rock musical Hair, and ‘Eli’s Coming’ (US #10), written by Laura Nyro. The track ‘Celebrate’ was a US #15 hit, and a version of the Elton John / Bernie Taupin song ‘Lady Samantha’ was also a hit single for Three Dog Night.