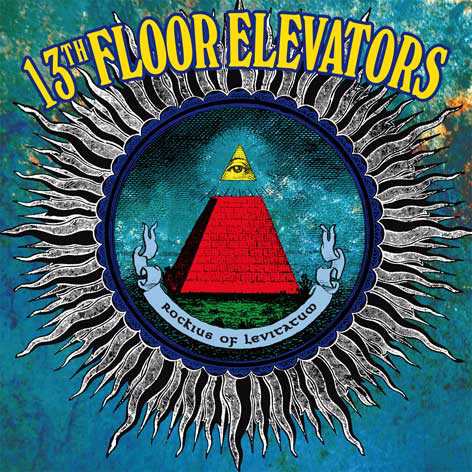 To fully understand and appreciate a band like the 13th Floor Elevators, one had to see them play live, preferably more than once-the reason being that no two Elevators shows were ever alike, ranging from brilliantly euphoric to unbelievably catastrophic. Of course, the unevenness of their performances was due to one small but powerful thing called LSD. which the band took in copious amounts prior to each show (often charitably passing it out to members of the audience as well). For the Elevators this was a way of life. for which they (particularly lead singer and guitarist Roky Erickson) would notoriously soon pay. This collection of live tracks gives those of us who weren't there during those halcyon days of psychedelia, a taste of just what lofty heights (and hellish depths) the Elevators were capable of reaching. The performances are taken from three sources: "Roller Coaster", "You're Gonna Miss Me" and "Tried to Hide" from a rockin' appearance on a local Dallas / Ft. Worth television show in the spring of 1966, "Don't Fall Down", "Kingdom Of Heaven", "She Lives In A Time of Her Own" and "I've Got Levitation" from a notoriously shambolic gig in Houston in 1967, and the remaining eight tracks from a series of stellar performances at San Francisco's Avalon Ballroom in autumn of 1966.