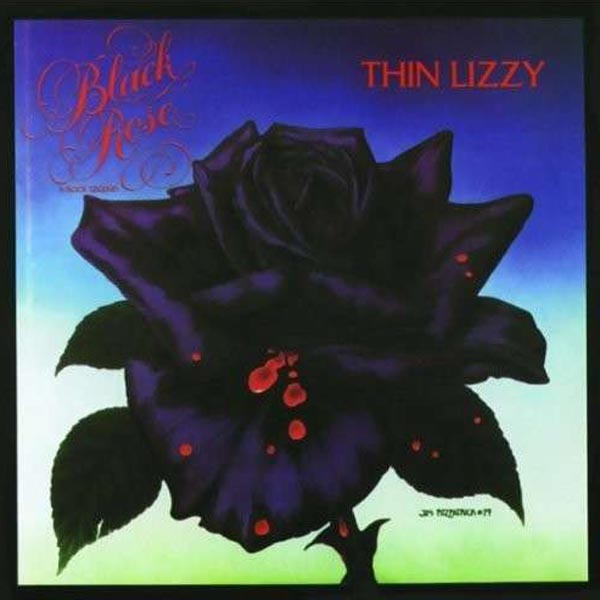 Black Rose: A Rock Legend is the ninth studio album by Irish band Thin Lizzy, released in 1979. The album debuted at its #2 peak in the UK album charts and is the band's most successful studio album to date. It was the first time that blues rock guitarist Gary Moore remained in the band long enough to record an album after previous stints in 1974 and 1977 with Thin Lizzy. He appeared with front-man Phil Lynott in the rock band Skid Row in the late 1960s and early 1970s. Around this time Moore recorded the album Back on the Streets with Lynott, spawning the UK top 10 single "Parisienne Walkways" (with Lynott on vocals). He left Thin Lizzy that year following a dispute but worked with Lynott again on his tours in 1984 and 1985 and on the top 5 single "Out in the Fields" and accompanying album Run for Cover, on what were to be Lynott's final performances before his death in January 1986. Axl Rose has the cover of "Black Rose: A Rock Legend" tattooed on his right upper arm, and once said that he "wanted to show it to Phil Lynott, but then he died on me".[citation needed] The album included the second song Lynott wrote about a member of his family entitled "Sarah", the first song by this name having appeared on 1972's Shades of a Blue Orphanage, written about his grandmother, also named Sarah. The song on this album is about his then newly born daughter. The last track "R??n Dubh" is comprised of traditional songs, all arranged by Lynott and Moore, as well of original parts. The song "Will You Go Lassie, Go" (Wild Mountain Thyme) is sometimes mistakenly credited as a traditional song, but was written by William McPeake, and first recorded by Francis McPeake (and is on this album credited to F. McPeak).