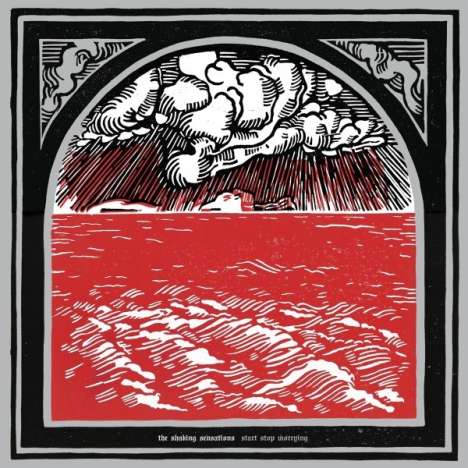 The Shaking Sensations
How Are We To Fight The Blight
CD
EUR 14,99*

Start Stop Worrying is the second full-length album by the Danish instrumental rock group The Shaking Sensations. During 4 extensive European tours in the past 2 years, the band has shared stage with acts such as Caspian, Black Math Horseman, And So I Watched You From Afar, Gifts From Enola and Russian Circles. The Shaking Sensations have expanded the classic rock constellation by addition of a second drummer, allowing the band to develop a unique approach to the rhythm section and a fresh and unconventional take on instrumental rock music.

Start Stop Worrying showcases the courage of a young band to explore new approaches to music and sound, which clearly sets them apart from many of their peers within an over-saturated genre of music. On their second album, the band have gone for a more straight-forward approach to sound, as well as songwriting. Startille. Stop Worrying is more upbeat, more aggressive and somehow less naïve sounding than previous efforts, whilst maintaining its melancholic essence and emotional depth. Start Stop Worrying was recorded live in Copenhagen Studios, downtown Copenhagen, in late September 2012, then mixed and produced by Matt Bayles (Mastodon, Russian Circles, Caspian) in Seattle. The Shaking Sensations are the next band to follow in the footsteps of great Danish independent music culture, incarnated by bands such as Efterklang and Slaraffenland.