The Coasters: Those Hoodlum Friends (The Coasters In Stereo): Outtakes, Stereo Versions And Album Tracks 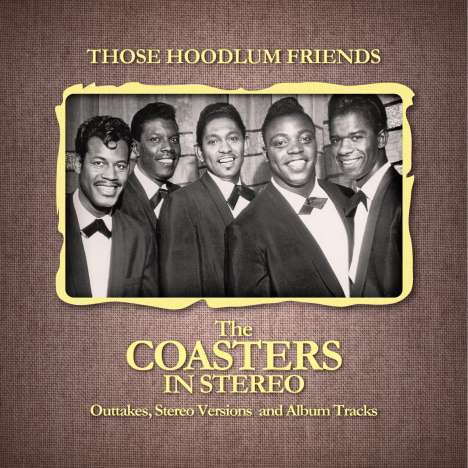 Outtakes, Stereo Versions and Album Tracks. Disc One features all the alternate stereo versions of Coasters songs that were issued at the time on album. Disc Two takes you deep into the heart of Coasters sessions with composite tracks which combine studio chatter together with the finest moments from various different takes. This disc contains several outtakes which have until now been unavailable anywhere and gives an invaluable insight into the genesis of many well-loved tracks and also into the character and working practice of The Coasters and of their producers Jerry Leiber and Mike Stoller.