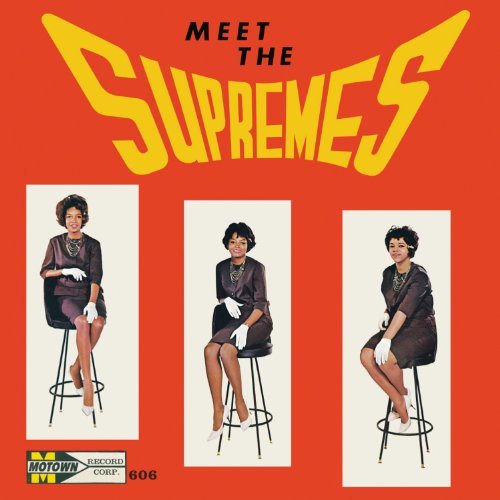 -18%
The Supremes
Gold
EUR 15,99**
2 CDs
EUR 12,99*
* Digipack
It’s been 50 years since a group of four teenage girls calling themselves the Primettes nervously auditioned for Berry Gordy at Motown, then Detroit’s new local record company. At first he sent them away, telling Diana, Mary, Florence and Barbara to first graduate high school. They hung around anyway, doing handclaps in sessions, and finally got signed in January 1961 (a few months before graduation). The Primettes were re-named “The Supremes” – but it would be a little while before they became world-renowned superstars.

Meet The Supremes: Expanded Edition, a new 2-CD set from Hipo-Select. com, tells the story of those early years, as the group evolved from a quartet to a trio, doing their best to gain traction at an fast-emerging label. The set features a newly remastered version of the Supremes’ debut album, first issued in 1962, along with rare tracks from their first recording sessions, previously unreleased live shows and much more, including:

* On CD for the first time: the original mono version of Meet The Supremes

* On CD for the first time in more than 20 years: the stereo mix of the album

* A second unreleased live show, a “Battle of the Stars” from Detroit’s Graystone Ballroom in 1964, only six months before “Where Did Our Love Go” hit No. 1

* 16 additional studio tracks from their initial recording sessions, all in previously unreleased mixes, many in stereo for the first time

Meet The Supremes: Expanded Edition is presented in a collector’s digi-pak, a “series look” similar to the previous Supremes reissues on Select; it features the rare original 1962 “stools” cover – with the short-lived rectangular Motown logo – while the booklet cover shows the restyled image used for the LP’s stereo reissue in ’65. Inside the 20-page booklet are rare, early photos, an essay by Supremes historian George Solomon, a timeline outlining the group’s beginnings, detailed annotations and recording dates, and another historic first: the first-ever interview with fourth Supreme Barbara Martin, conducted by original Supreme Mary Wilson.

Before their extraordinary run of No. 1 hits, Meet The Supremes introduced Diana, Mary and Flo to the world. This new 2-CD set brings back the newness of that moment and offers a glimpse of what was to come.