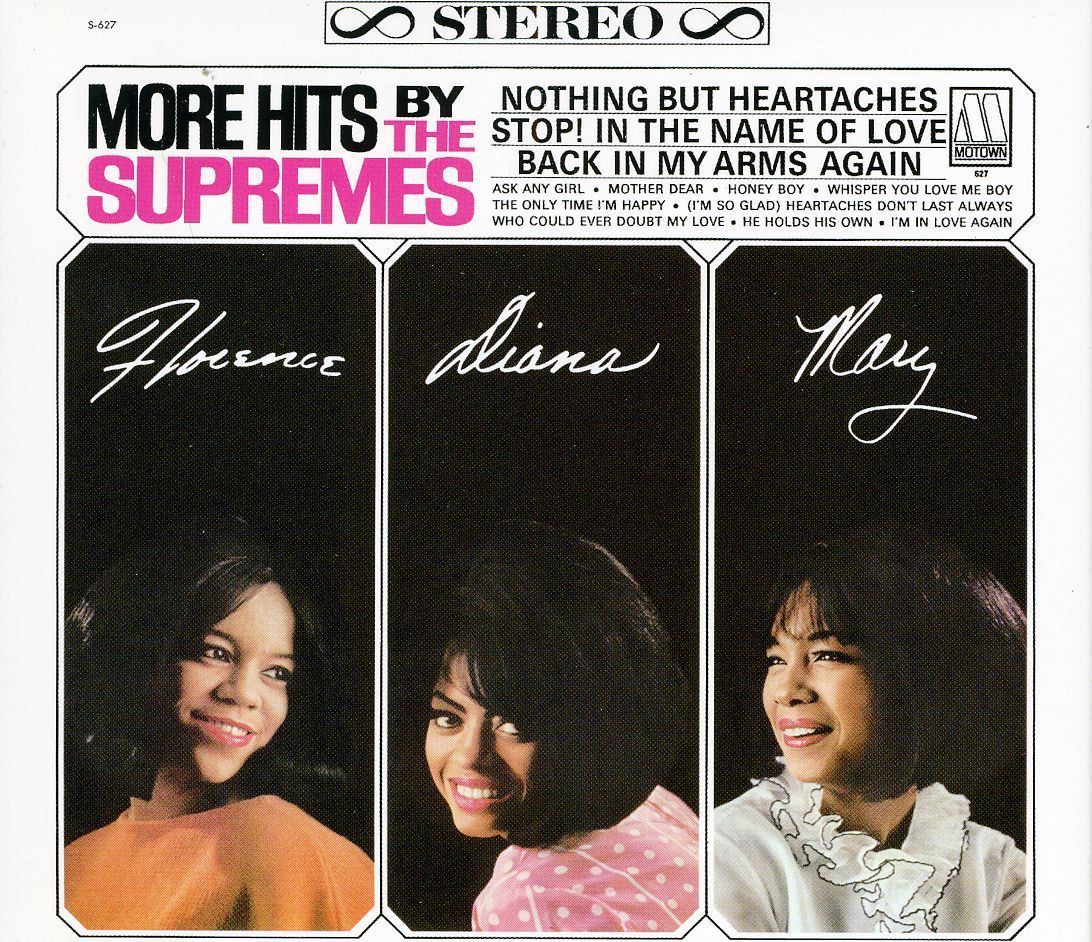 The Supremes
Sing Holland-Dozier-Holland (Papersleeve)
CD
EUR 15,99*
As part of our ongoing celebration of the Supremes’ 50th Anniversary, Motown Select presents More Hits By The Supremes: Expanded Edition, a new 2-CD set that’s the definitive look at one of the group’s classic LPs. The set not only includes the original album in both mono and stereo—with the mono version on CD for the first time—and features the No. 1 hits “Stop! In The Name Of Love” and “Back In My Arms Again,” but there are rare songs, fresh mixes and alternate versions of familiar tunes, and live recordings from the group’s appearances supporting the album.

When this album was first released in 1965, the Supremes were on top of the world, and would soon climb higher with an unprecedented five consecutive No. 1 hits. They and other Motown artists were taking the little Detroit label on a rocket ride—and this LP, written and produced by the Holland-Dozier-Holland team, provided the Supremes the boost that took them to television, to prestigious clubs like The Copacabana, and set them in motion as the greatest girl group of the rock era.

On Disc 1, the mono and stereo versions of the album have been digitally remastered, and have never sounded better. Rounding out the disc are the group’s rare Coca-Cola commercials, in stereo for the first time ever, as well as an unedited version of a rare promotional interview in which a relaxed Diana, Mary and Flo sound engaged and humorous.

Disc 2 includes 26 rare and previously unreleased bonus tracks including: a never-before-heard live show from the Fox Theater in Detroit, recorded just days after the group made their first national television appearance on The Ed Sullivan Show; released and unreleased live performances from the Motortown Revue in Paris; previously unreleased stereo mixes of rare vault tracks, including the two songs the group performed in the film Beach Ball; alternate versions of hits; and rare stereo mixes of the group’s German singles.

Accompanying the music is a gorgeous booklet with original liner notes, a detailed essay, a continuation of the Supremes timeline seen in previous expanded editions, and several rare and never-before-seen photos.