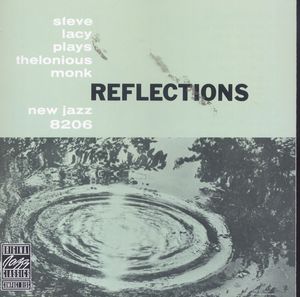 Steve Lacy was drawn to the soprano sax by the presence of Sidney Bechet. He studied music with devotion in and out of school, evolving through several styles. When he came upon the compositions of Thelonious Monk, he connected with them in a deep and profound manner and he set out to learn as much of the repertory as he could.

Where most musicians who played Monk’s music limited themselves to “’Round Midnight” and “Straight, No Chaser,” Lacy mined more esoteric fare such as “Work” and “Skippy” and came up with some hard, brilliant gems. At one time, in his pre-free music stage, he led a band that played nothing but Monk. This album, with empathic support from Mal Waldron, Buell Neidlinger, and Elvin Jones, is a total reflection of that attitude.