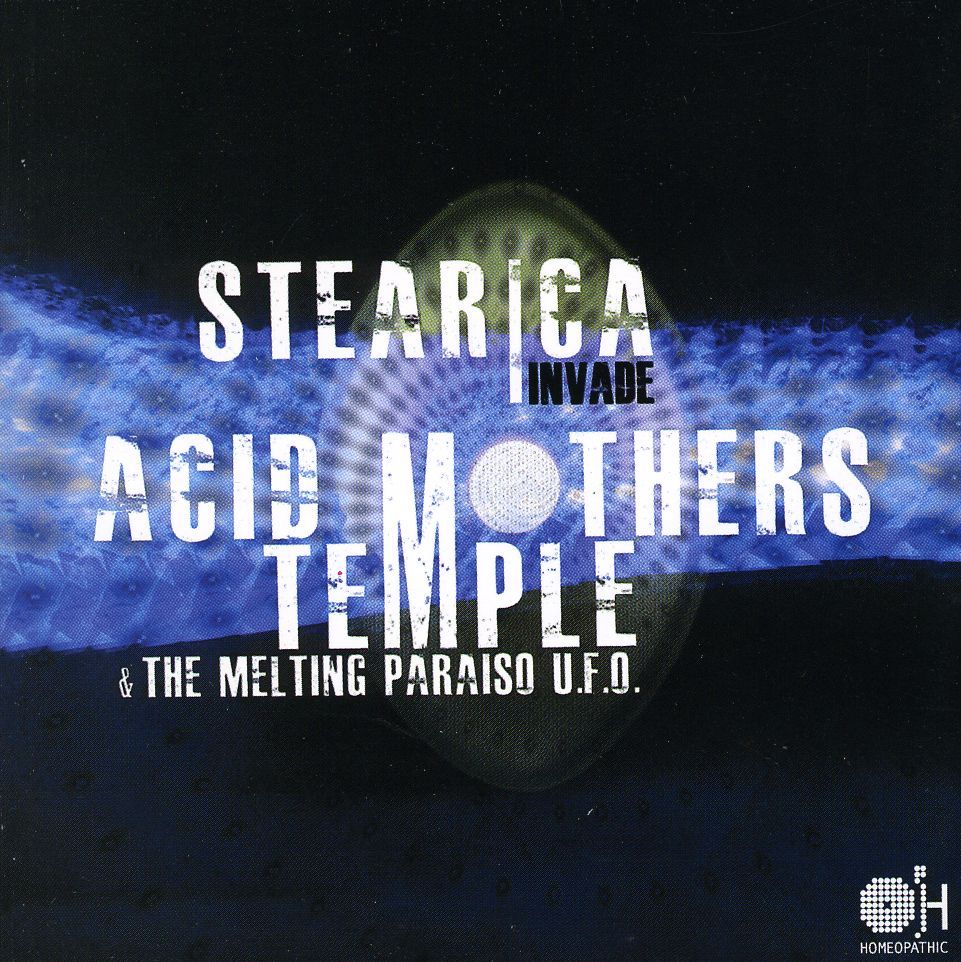 File Under: Heavy Space Rock. Acid Mothers Temple & the Melting Paraiso U. F.O. is a legendary Japanese psychedelic band founded in 1995 by members of the Acid Mothers Temple soul-collective and have a reputation for phenomenal live shows and releasing frequent albums on a number of international record labels. Stearica lives a rare story for an Italian band, made of international collaborations with artists like Dälek (Ipecac), Amy Denio (Fred Frith, Derek Bailey), Jessica Lurie (Bill Frisell, Nels Cline), Nick Storring (Damo Suzuki network, Picastro). In October 2009 another international accomplishment came when THE WIRE chose "Occhio" as the first track of the 22nd volume of the THE WIRE TAPPER series. In november 2008 AMT and Stearica toured extensively around Europe, describing that experience such like the best ever for both of them. ,This record is a picture which was shot on the 32th day of AMT and Stearica European tour 2008. The day after the seven of us would have gone back home. But before that we wanted to leave a mark by fixing our experience on tour, so we put some microphones in a room of an old farmhouse and we played just for us and for out friend Koppa who drove thousands of miles and was just going to prepare a special dinner for us before saying goodbye to everyone. On that november we became friends and we invaded a piece of each other stories. This record is the account of our story." Homeopathic takes also particular care of packaging, always looking for original design and innovative materials. Acid Mothers Temple has been a legend of psychedelic music for 15 years, they are held in high esteem by artists such as Motorpsycho and Mogwai. Stearica is the revelation of the year with their record "Oltre" with a track on THE WIRE TAPPER feat. Dälek. A European tour to promote this record is being booked now.