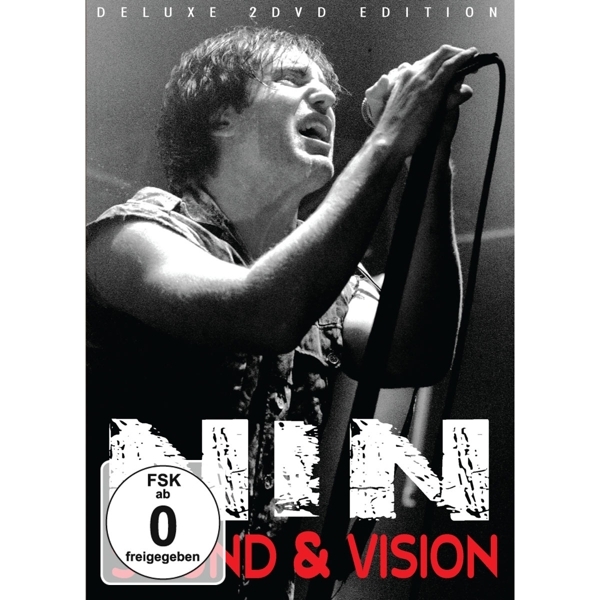 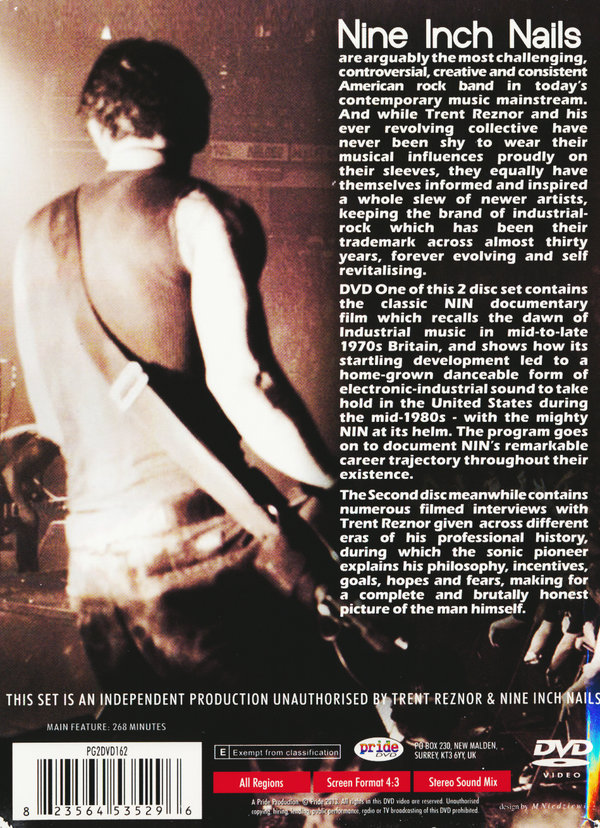 Bewertung:
lieferbar innerhalb 1-2 Wochen
(soweit verfügbar beim Lieferanten)
EUR 10,99*
Versandkosten
Musik / Rock & Pop
Sound:Stereo;Bild:4:3;Ländercode:0;Laufzeit:268 Min.
Nine Inch Nails are arguably the most challenging, controversial, creative and consistent American rock band in today's contemporary music mainstream. And while Trent Reznor and his ever revolving collective have never been shy to wear their musical influences proudly on their sleeves, they equally have themselves informed and inspired a whole slew of newer artists, keeping the brand of industrial-rock which has been their trademark across almost thirty years, forever evolving and self revitalising. DVD one of this two disc set contains the classic NIN documentary film which recalls the dawn of Industrial music in mid-to-late 1970s Britain, and shows how its startling development led to a home-grown danceable form of electronicindustrial sound to take hold in the United States during the mid-1980s – with the mighty NIN at its helm. The program goes to document NIN's remarkable career trajectory throughout their existence. The second disc meanwhile contains numerous filmed interviews with Trent Reznor given across different eras of his professional history, during which the sonic pioneer explains his philosophy, incentives, goals, hopes and fears, making for a complete and brutally honest picture of the man himself.