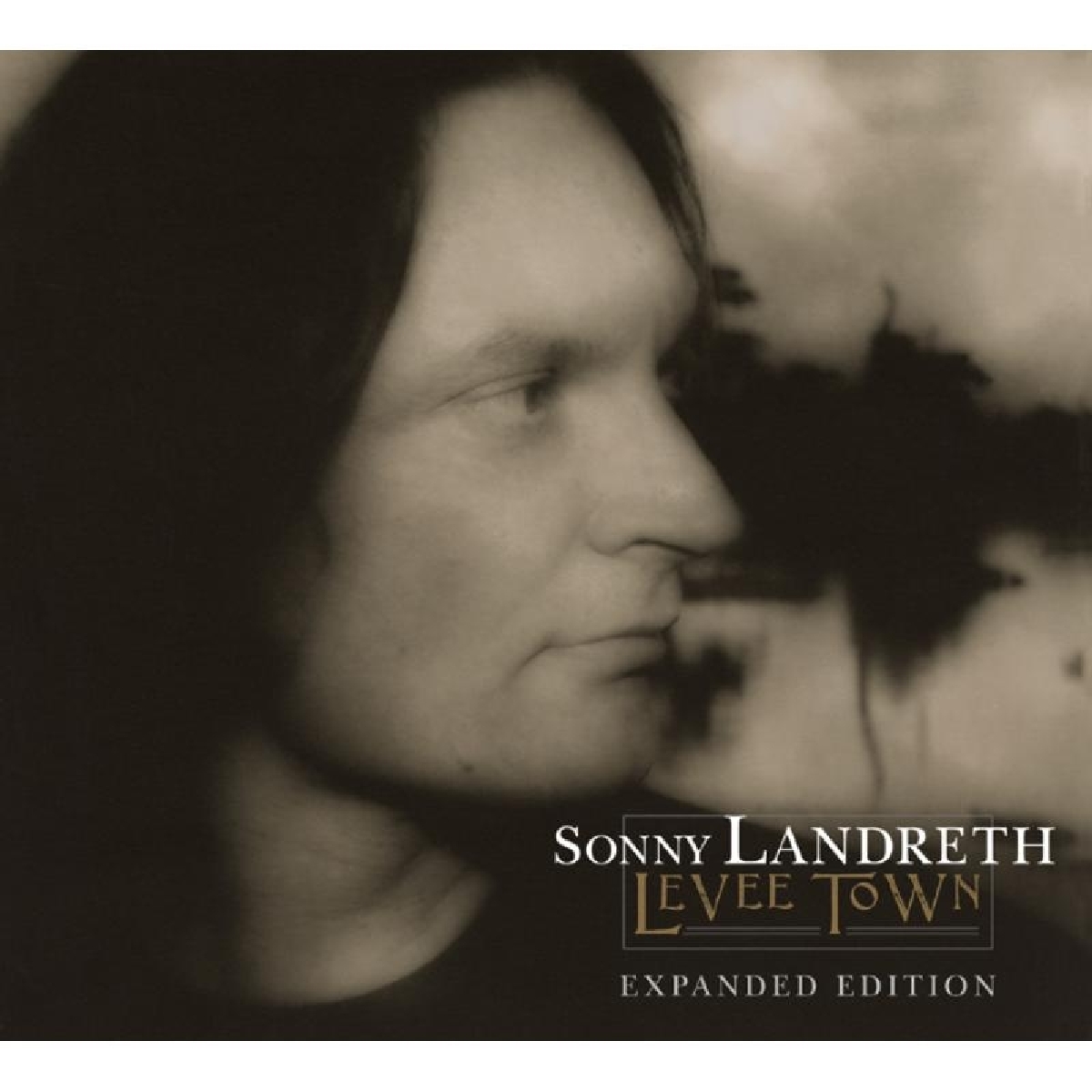 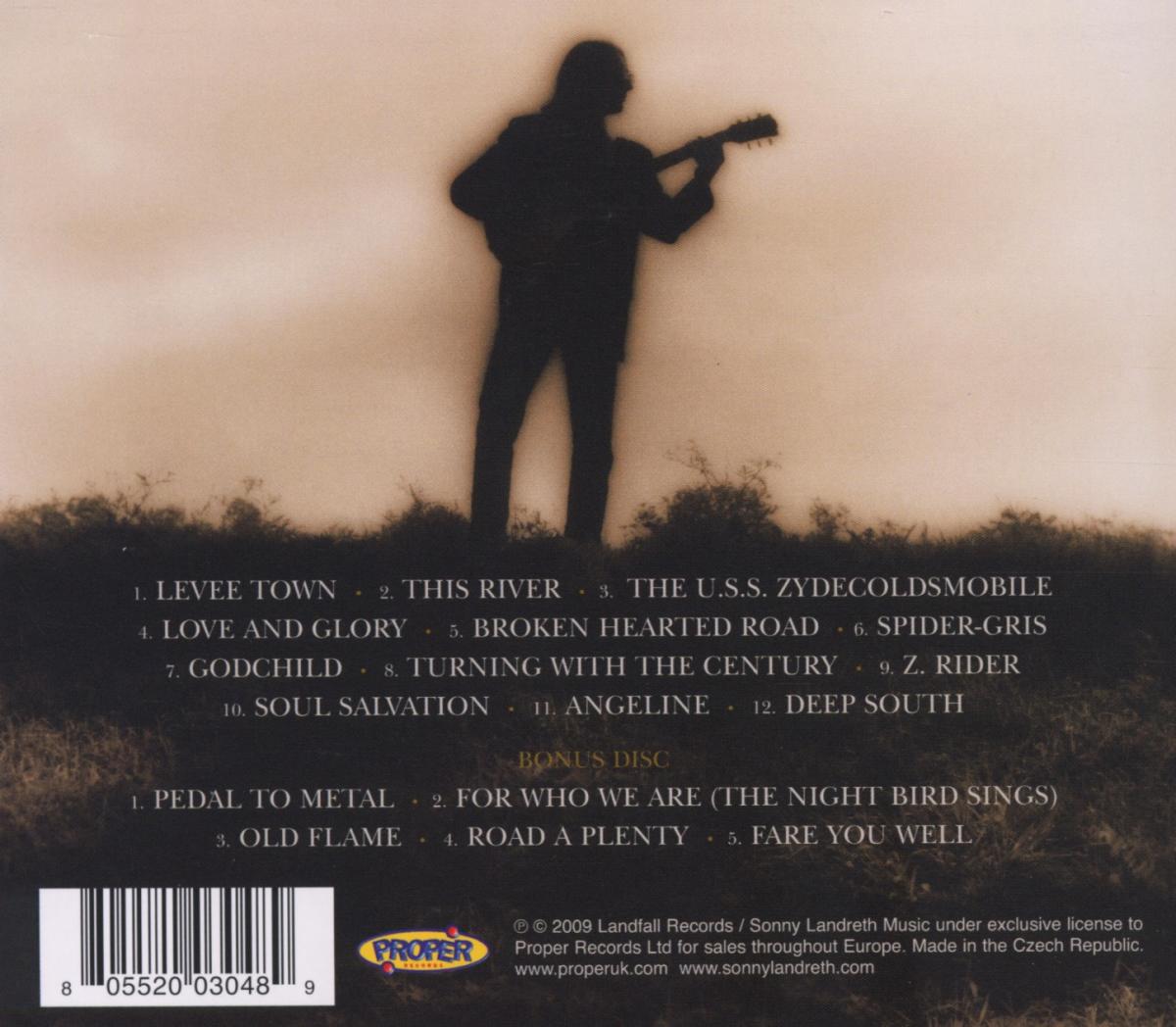 Bewertung:
lieferbar innerhalb 2-3 Wochen
(soweit verfügbar beim Lieferanten)
-11%
EUR 17,99**
EUR 15,99*
Versandkosten
* Digipack
Sonny Landreth’s re-mastered reissue contains five previously unreleased tracks from the original sessions (“Pedal To Metal,” “Road A Plenty,” “Old Flame,” “Fare You Well” and a co-write with Will Jennings, “For Who We Are (The Nightbird Sings),” with guest Jennifer Warnes. The album is a tale of life in Louisiana, mixing music, myth and mojo to conjure up music that rocks hard and runs deep. The album features such guests as Bonnie Raitt, John Hiatt and BeauSoleil’s Michael Doucet.

“Along with the two records that preceded it (Outward Bound, 1992; and South of I-10, 1995), I feel like Levee Town was part of a three–album trilogy,” Landreth says. “I wanted to dig even deeper into the built-in mythology and mystery of the Deep South. It’s really inspirational to live here. And the deeper I go, the more inspired I get.”

The reissue follows From the Reach, the 2008 release that is arguably Landreth’s most critically acclaimed album to date. That effort featured such guests as Eric Clapton, Mark Knopfler, Dr. John and Jimmy Buffett, among others. The San Francisco Chronicle’s Joel Selvin called From the Reach “another great, hard-rocking Landreth record, fresh as a crisp twenty and ready to kill for half the price. What are you waiting for?” The Washington Post echoed: “Landreth has found the perfect vehicle to express his southern Louisiana roots (and has) found a way to make his songwriting as important as the jamming.”

Levee Town was produced by TV music kingpin Mike Post, a rather odd pick for a roots record — but the pairing worked. “I had played for Mike’s wedding and he ended up inviting me out to L. A. to work on a show he was writing,” Landreth says. “Then, he called me and said he wanted to get me in a studio and get this record off the ground. He was a tremendous help.”

Landreth then took the tracks he’d co-produced with Post and headed back to Lafayette, La., adding guitars before moving to nearby Dockside Studio and bringing in producer R. S. Field to help complete the project. “For me, working with both those guys was a real creative experience, and I’m thrilled with the results,” he says.

Landreth throws down the musical gauntlet in the first few bars of “Levee Town,” the album’s swaggering lead track. The song chronicles a time back in the early ‘70s when the government decided to ease the Mississippi River’s high levels by opening the Morganza Spillway above New Orleans. Background vocals on the track are handled by John Hiatt, who hired Landreth and his band — renamed the Goners — to tour for two years and record 1988’s Slow Turning, which paved the way for Landreth’s 1992 solo debut album.

“With Levee Town, I really felt like I’d come full circle. Here it was ten years after my early years with Hiatt, and I was back playing with him, having more fun than ever. I also enjoyed working with my old friend Michael Doucet of BeauSoliel. We all grew up playing music and learned a lot from each other. The album has a little bit of everything, and I think that’s what made the whole thing work.”