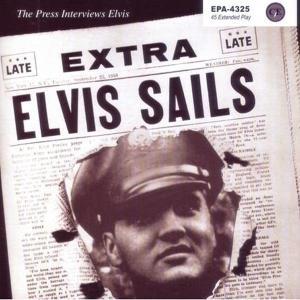 Elvis Presley
30 #1 Hits (Limited Edition) (Gold Vinyl)
2 LPs
EUR 19,99*
This limited edition cd release is available as an USA / JAPAN & GERMAN edition. Collect them all. September 22, 1958 - Brooklyn, New York. Elvis Presley left the United States aboard the U. S.S. Randall heading for West Germany, where he was to be stationed while in the service. Excerpts from the press conference and 2 additional interviews were taped shortly before sailing time and released as the EP "Elvis Sails". Now by collectors demand "Elvis Sails" is released on CD.