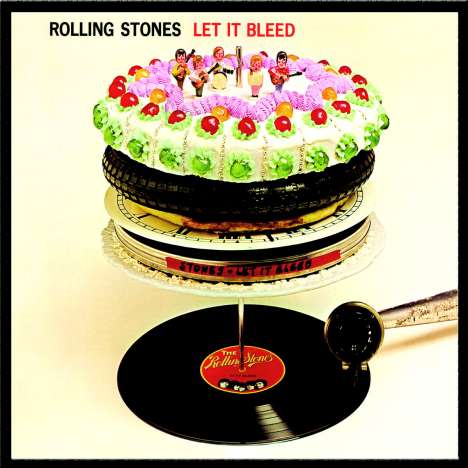 * DSD remastered
From the first haunting guitar riffs of Gimme Shelter to the angelic gospel fade out of You Can’t Always Get What You Want, Let It Bleed is a stone solid rock classic.

This is the blues, black and white, shaded with mellow country tones, shot through with blood-red and night-dark horror stories, lifted and lit with silver linings; and powered at all times by an inherent good humour that comes from the confidence of a band of hard-living, hard-playing, hard-rocking, hard-working musicians who are back on top of their game and aware of the fact.

(There's an exception, of course: Brian Jones contributed nothing meaningful to Let It Bleed, was too out of it to play his instruments anymore, even when he did try to turn up to sessions, and died long before the album was released. So it goes.)

The Rolling Stones got their mojo back with Beggars Banquet, and on Let It Bleed, guided by an irrepressible Jimmy Miller who was also coming into his full power as producer, they give themselves the time, the space and the tunes to give it full expression. The inherent contradiction and tension that lies at the heart of the blues – groovy, feel-good music about painful experiences – is never better expressed than on this wonderful record.

ALL MUSIC GUIDE ***** "A coda to the Brian Jones era, and the start of the Mick Taylor era, with a dazzling collection of numbers ("Gimme Shelter", "Midnight Rambler", "Love in Vain", "You Can't Always Get What You Want", "Let It Bleed" etc), most of which figured prominently in the group's subsequent tour.​" ROLLING STONE ALBUM GUIDE *****