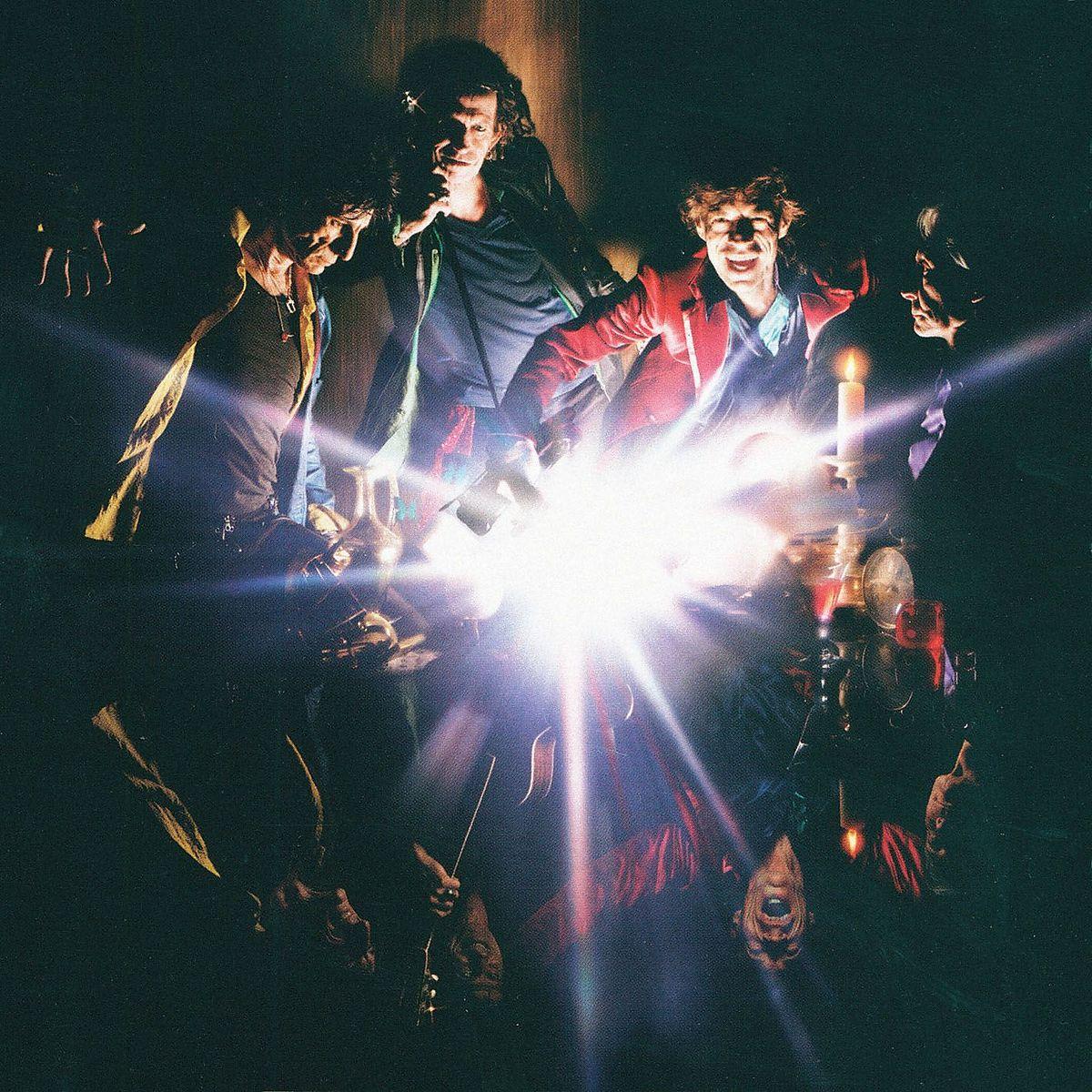 A Bigger Bang was born out of desperation, the reaction of Keith Richards and Mick Jagger to the fact that their friend and colleague of forty something years, Charlie Watts, was dangerously ill and might not make it through.

Their response to that possibility was to sit down and write, chez Mick, in France, and then to start recording, in the same location. The songs came easily, they say, and then the music started to come too. Whether it came easily or it was hard work, they certainly got the job done.

It doesn't take a lot of hard listening for this to click, and the listener clocks easily that that A Bigger Bang is proper, old-fashioned, black-and-white, blues-based rock and roll, just like, ah, The Rolling Stones used to play when they were inventing it, back in the '60s and 70's.

The difference is between now and then is time, and age, of course, and what's been widely noted and enjoyed about this record is that there's no pretence or sense of trying to hard to ignore the fact that Messrs Wood, Watts, Richards and Jagger are now in their sixties, not their twenties.

It's not even an issue. From Mick's raucous, cock-of-the-walk strut on Rough Justice, through to Keith's been-there-done-that vocal on Infamy, The Stones are timeless here, doing what they've always done, audibly enjoying themselves as they do it, and also noticeably carrying a little less 'weight' than of late.

It's not their bony, 60-something torsos I'm talking about here - it's the stripped, nothing-not-required-on-voyage production. Don Was is at the helm again, for his third outing in this most heavyweight of desk jobs (he shared duties on Bridges To Babylon). But the lightweight way in which the record got made - bit by bit, at Mick's house, with a smaller than usual party of collaborators (all the usual suspects, but no unusual ones, and no newcomers) - is reflected in sparse values with little in the way of sound effect or fills for effect.

The songs are largely straightforward, some better than others, the worst of them respectable danceable/toe-tappable genre pieces. The best - Rough Justice, Rain Fall Down, She Saw Me Coming, This Place Is Empty, Look What The Cat Dragged In - are rock solid rock classics of the kind The Stones have always written, recorded and played.

In short, this is a great album. Maybe not great in the Let It Bleed or Exile On Main St. sense of 'Great album', in the sense of a collection that defines eras and genres and was born of cataclysm and social change; but great, all the same. You know - great as in 'I've just heard a great album'. Give it a listen now and see if you agree. (rollingstones.com)