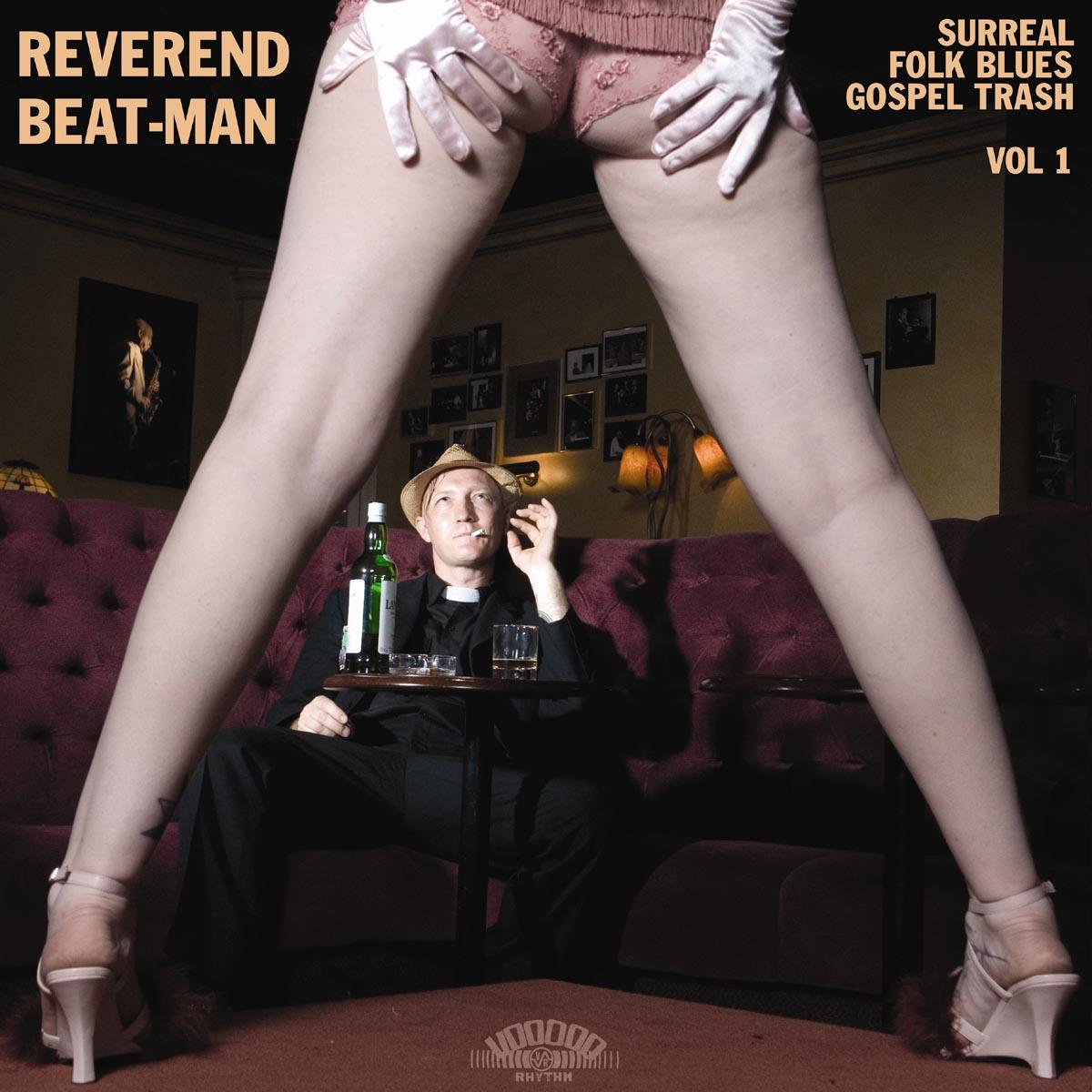 If you don't count the two LIGHTNING BEAT-MAN albums that the man himself recorded as a wrestling rock'n'roll one-man-band, brandnew album "Surreal Folk Blues Gospel Trash Vol. 1" is not only album #3, but also the best so far. The debut "Get On Your Knees" was a proper 'blues trash smash hit" and one of the best sellers at Voodoo Rhythm, whereas album #2 "Your Favourite Position Is On Your Knees" got off to a somewhat difficult start simply because its "industrial gospel horror soundtrack' was so very different from its predecessor. But now, with the arrival of "Surreal Folk Blues Gospel Trash Vol. 1" it all makes sense. Does this sound complicated to you? It should! But you can happily trust anyone that tells you that REVEREND B...