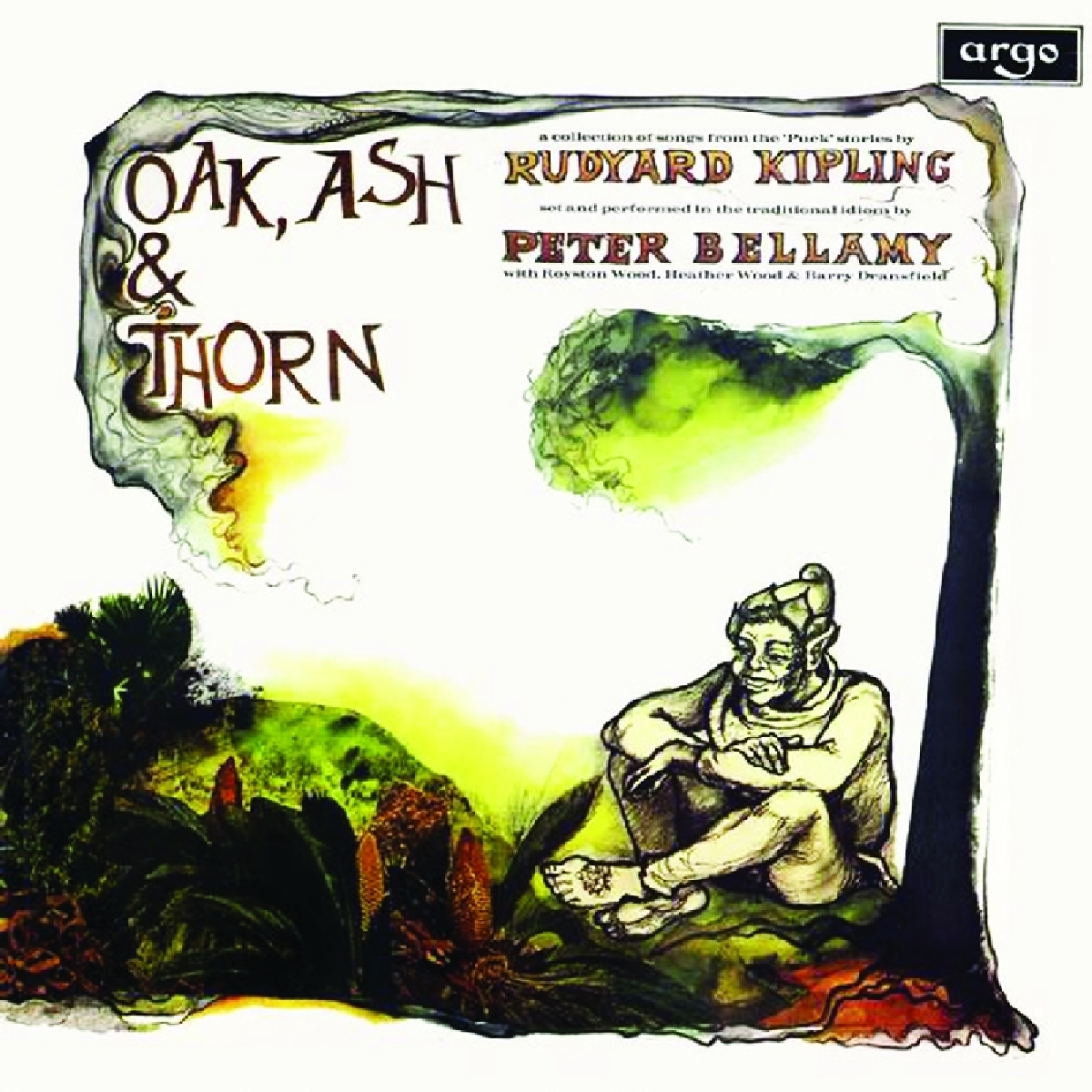 Peter Bellamy, one of the original members of the Young Tradition went on to a successful solo career before tragically taking his own life in September 1991. Among his most famous were his connections with Rudyard Kipling. Bellamy started his exploration of Kipling as a source for songs, from Kipling's Children's books, (Puck of Pooks Hill and Rewards and Fairies) from which he produced two albums, Oak Ash and Thorn and Merlyn's Isle of Gramarye. With liner notes from Jon Boden (Bellowhead / Spiers & Boden), a strong fan of Peters work for many years seals his approval of one of Britains finest folk albums.