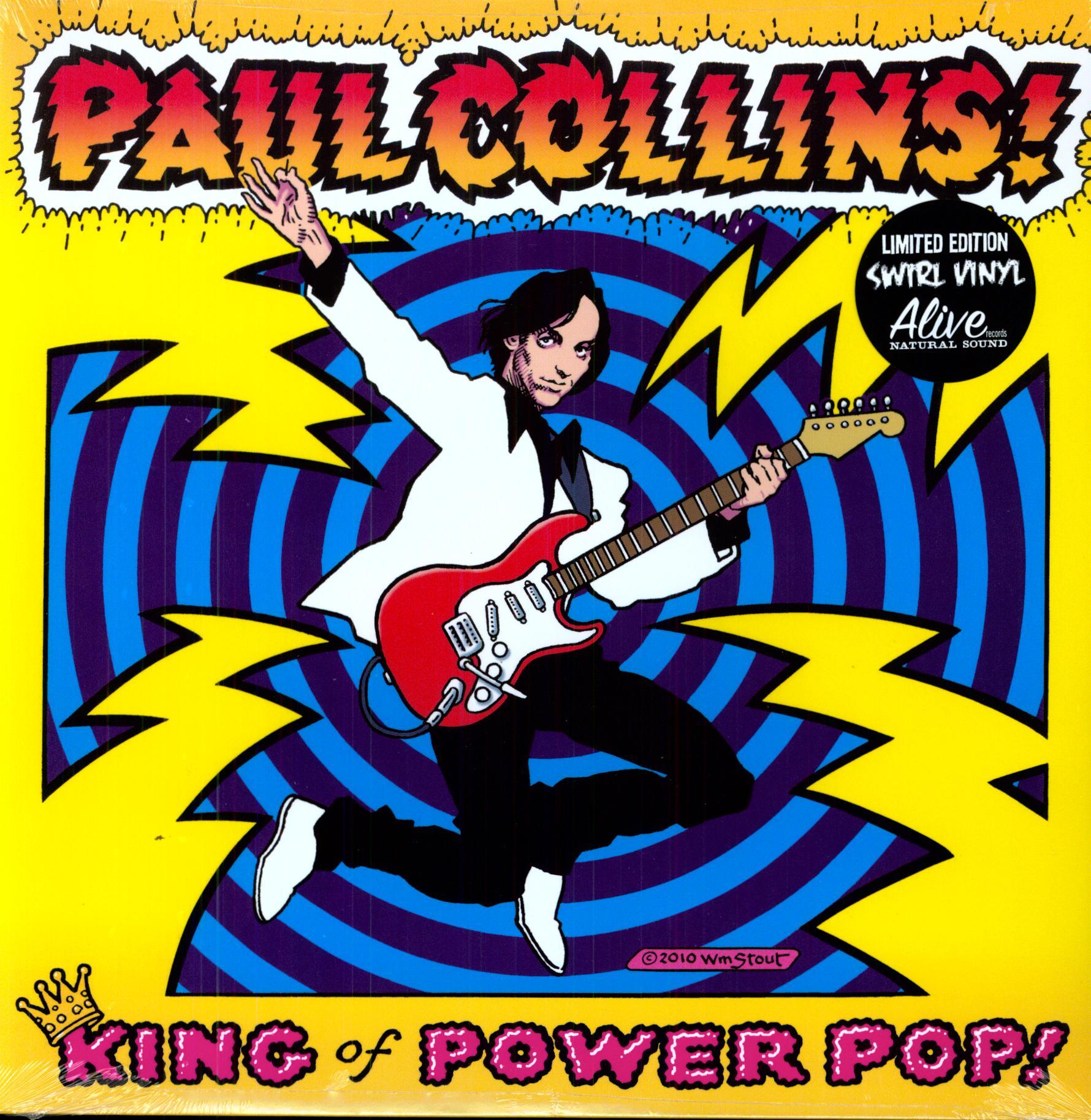 King Of Power Pop is the brand new studio album by Paul Collins, one of the originators of the high-energy pop sound known as power pop. Paul got his start in the late seventies as the drummer for the legendary NERVES, (with Peter Case and Jack Lee,) later forming The BREAKAWAYS with Peter Case, and finally starting The BEAT, or PAUL COLLINS BEAT in 1979. King Of Power Pop is a complete return to his roots, to power pop, the sound he helped create and popularize, a sound that has seen a resurgence in recent years, a sound that is here to stay."For me this is the record that connects the dots, from The Nerves to The Breakaways to The Beat to today... this is the record that puts it all together!" -- Paul Collins. Produced and engineered in Detroit by Jim Diamond (Dirtbombs, The Go, White Stripes, etc), "King Of Power Pop" also features Eric Blakely on guitar and backing vocals, Diamond on bass, and Dave Shetller on drums (SSM, The Sights). Motor City guests include Wally Palmar of the legendary power pop hit-makers THE ROMANTICS, as well as pop icon Nikki Corvette of NIKKI & The CORVETTES. The catchy cover art is the work of legendary artist BILL STOUT.