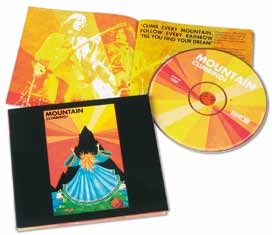 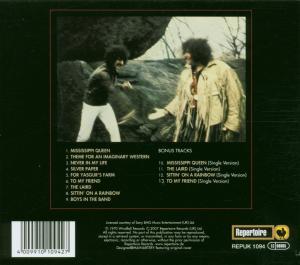 All-American power rock, at its most dynamic and exciting. The group fronted by guitar giant Leslie West released their debut album in 1970, and ‘Mountain Climbing’ is still regarded as one of their best works. Mountain was formed in New York in 1968 by West and bass guitarist Felix Pappalardi, who produced Cream’s ‘Disraeli Gears’ album. Not surprisingly, Mountain’s approach is somewhat influenced by Mssrs. Clapton, Baker & Bruce. However, the American group had its own well-defined style, revealed on Mountain’s big hit single ‘Mississippi Queen’. It’s among the nine original album tracks included on this CD, together with four bonus single A and B-sides. This is heavy rock, with long solos and emphasis on Leslie West’s prodigious technique. There are also more melodic performances, like their version of the Jack Bruce classic ‘Theme For An Imaginary Western’.