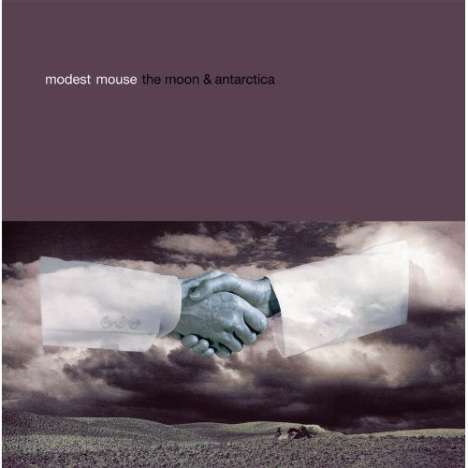 *** Gatefold Cover
Modest Mouse is an American indie rock band formed in 1993 in Washington. Since their 1996 debut album their lineup has centered around singer / lyricist / guitarist Isaac Brock, drummer Jeremiah Green, and bassist Eric Judy. None other than Johnny Marr, former guitarist of The Smiths, joined the band in 2006 for 3 years. The band has achieved significant mainstream success since 2000 and have been one of the leading bands in the popularization of indie rock beginning with he Moon & Antarctica'. 'The Moon & Antarctica' is their third full-length album, first released in 2000. The album was the band's first release on a major label. In honor of the album's 10th anniversary (It has been out-of-print for the past five years) Modest Mouse's landmark recording 'The Moon & Antarctica' is reissued on remastered heavy double vinyl.