Miriam Makeba: An Evening with Belafonte & Makeba / The Magic of Makeba 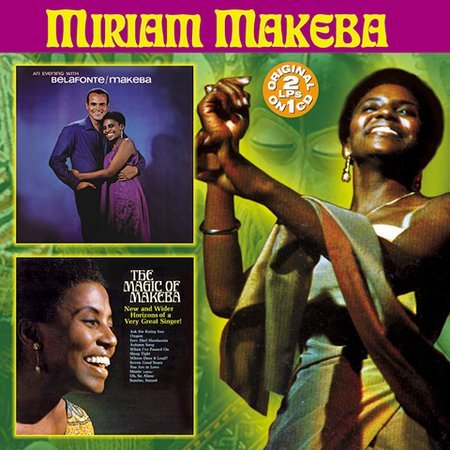 Miriam Makeba's self-titled first album was released in 1960, very shortly after she was signed by RCA. The Belafonte Folk Singers appear on some tracks, as do the Chad Mitchell Trio and Charles Coleman. "World Of" was Makeba's first commerical success (and her third album), hitting #86 on the Pop Albums chart in 1963. Produced by RCA production duo Hugo & Luigi (the team that also did the Tokens' "The Lion Sleeps Tonight," Little Peggy March's "I Will Follow" and Elvis' "Can't Help Falling In Love), the album also features orchestra backing by Hugh Masekela (whom she married).