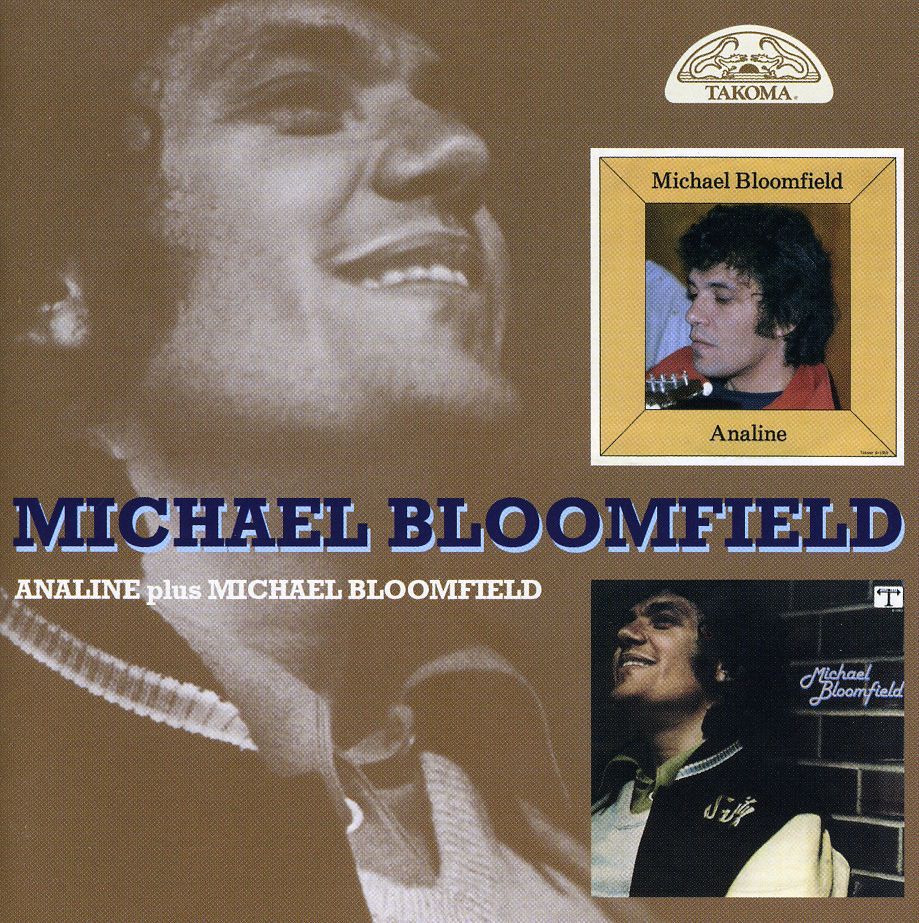 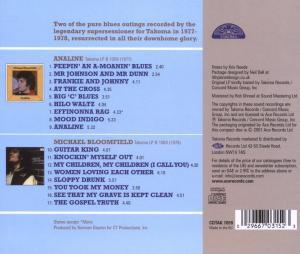 Bewertung:
lieferbar innerhalb 1-2 Wochen
(soweit verfügbar beim Lieferanten)
-15%
EUR 18,99**
EUR 15,99*
Versandkosten
During the 1970s, Michael Bloomfield retreated from the spotlight and returned to the raw blues he’d first experienced as an adolescent in the clubs of Chicago’s South Side. He investigated other forms of black American folk music, its roots, and how blues lyrics always evolved to comment on the present times and troubles. He also kicked back and had some fun.

Some of the results are captured on these two albums, previously released on John Fahey’s Takoma Records in 1977 and ’78. They might not shake the world like his playing with the newly-electric Dylan or barrier-busting Paul Butterfield Blues Band but, having tasted rock‘n’roll excess with the Electric Flag and mass adulation with the “Supersession” monster jams, Bloomfield set about weaving a more insidious kind of magic. He ignored commercial demands to follow his heart and soul, recording pure blues albums for small labels, while fighting drug and alcohol problems.

Even returning to his roots, Bloomfield set himself another hard-to-follow benchmark with 1976’s Grammy-nominated “If You Love These Blues, Play ‘Em As You Please”, released through Guitar Player magazine with Takoma. He came up with a gorgeous collection of intimate statements he called ANALINE after its soaring balladic highlight.

Drugs and, reportedly, arthritis, might have taken some toll but the sometimes faltering picking and wracked vocals are wrenched from his deepest soul, tapping into and the spirit of the blues to create a unique atmosphere. He sometimes played all the instruments himself. His undimmed talent shines on tracks like the funereal At The Cross, Bloomfield’s playing now a stripped-down, elegiac shadow of the clipped starbursts and string-bending barrages of earlier work. The langorous slide and mandolin tipple of Hilo Waltz evokes John Fahey’s 70s riverboat excursions while after-hours instrumental Mood Indigo is lushly intoxicating with its swooning slide and rolling bar-room piano, winding down a real lost gem in the Takoma canon.

MICHAEL BLOOMFIELD was the first album released on Takoma after Fahey sold up to Chrysalis in 1978. Bloomfield presents another shade of the blues, maybe summed up by track title, Sloppy Drunk, but the album takes on its own ragged glory as it progresses.

Recorded at his Mill Valley home and at McCabe’s Guitar Shop, the album features a variety of guests, including old Butterfield mucker Mark Naftalin. A loose, knockabout feel prevails but Bloomfield’s inherent virtuosity still manages to spark, Women Loving Each Other hitting a glorious spacey plateau as the slide steams in. The gospel influence which graced 1979’s sublime duets album with Woody Harris creeps in for the final pair, offering the most moving moments. Blind Lemon Jefferson’s See That My Grave Is Kept Clean is performed as an ethereal slide-strewn crawl, while The Gospel Truth is the only instrumental, boasting a classic Bloomfield solo.

Mike Bloomfield lost his battle against heroin in February 1981, when he was found dead in his car but, as this honest pair of albums demonstrate, he had already fought successfully to honour his musical conscience.