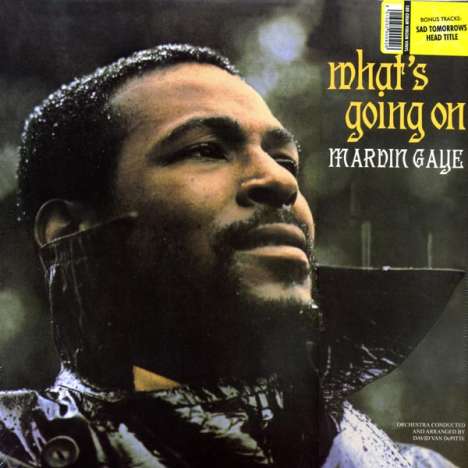 *** Gatefold Cover
Originally released in 1971, the What's Going On? album is widely considered to be Marvin Gaye's master work. A social commentary on American life that remains poignant 30 + years later. However, Berry Gordy was initially dead set against its release, calling the single "uncommercial". Thankfully the Motown execs eventually relented and the song soon became a huge hit, going down in history as one of the greatest R&B songs of all time. *bonus tracks