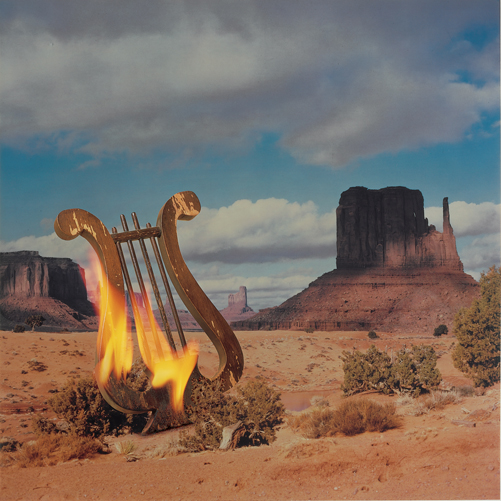 Formed in Boston in the late 70s out of the ashes of the legendary DMZ, Lyres are one of the truly essential bands of 1980s garage and their fierce debut from 1984 has been a benchmark for the genre since then. Nothing we'd heard previously coming out of USA around that time could have quite prepared us for the sound of Lyres. You see, theirs was born of an altogether different mother strain. Yes, Lyres were just gonna let the music do all the talking, and so for them jeans, tee-shirts, leather jackets and a pair of sneakers would do just fine. "On Fyre" itself is a royal succession of unstoppably great selections, all with inventive use of major / minor chord switches, ear-bending tremolo gear, and / or relentless in-motion rhythmic sequences - sometimes all at once. That the raw sonic exultations captured throughout "On Fyre" were unleashed almost thirty years ago now is quite an astonishing, terrifying statistic given that, in the here and now reality of March 2012, it's a record that still sounds as fresh, bold, new and exciting as it did back in 1984. That's the beauty of Lyres too, their non-applicableness to feeble time constraints. The fact that they didn't, and still don't, care one iota for any tawdry musical fads and fashions that come and go, serves to illuminate their timeless appeal to rock'n'roll fans and practitioners. (Lenny Helsing)