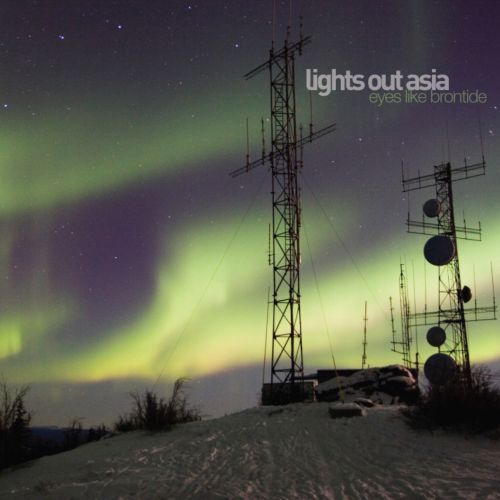 -10%
Eric Clapton
Eric Clapton’s Crossroads Guitar Festival 2019
EUR 19,99**
3 CDs
EUR 17,99*
* Digipack
Once a band has developed a sound that is undeniably theirs it can be difficult to push beyond those confines and expand the sound into new territory. Lights Out Asia set out to do just that and have succeeded in writing a record that was as much a sign of the times as it was an expansion of their aural bubble that has been their watermark. They have been called ethereal, post-shoegaze and sleep-rock, but on their third full length "Eyes Like Brontide" the band slides into a darker more ominous and less lucid dream than on previous efforts. The release is a stylistic shift from the sweet lullabies of their debut "Garmonia" (Sun Sea Sky) and the electronic drum driven post-shoegaze of 2007's "Tanks and Recognizers" (n5MD). The song dynamics on the album deserve special attention. For the first time in Lights Out Asia's history they have gone for broke with some of the most epic drum machine driven post-rock this side of the Pacific along with solemn disconnected passages of dream nourished sonics. The occasional floating vocal and dusty winding guitar they are known for are still present, but "Eyes Like Brontide" brings a whole new dimension to the Lights Out Asia ethos. Most importantly, the band has expanded upon its sound without throwing away the original blueprint or alienating it's fanbase. "Eyes Like Brontide" is recommended for fans of Hammock, Bitcrush, Robin Guthrie and Manual.