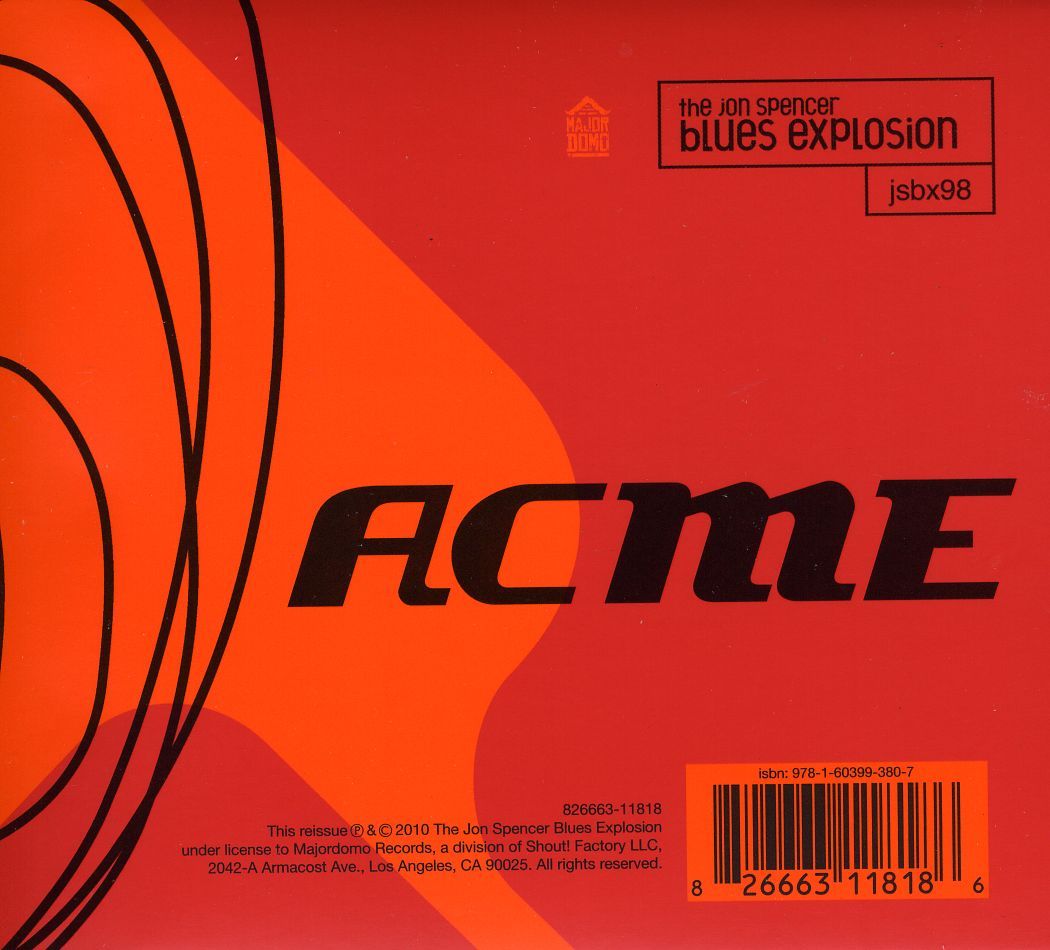 Jon Spencer
Spencer Gets It Lit (White Vinyl)
LP
EUR 28,99*
*** digitally remastered
* Digipack
Acme followed in the tradition of previous Blues Explosion records, but it was a new kind of kick, their first record that didn’t start in fifth gear, barreling out of the hi-fi at 100 mph. It took six years, five records, and over 1000 gigs to get this good. This is a music that is dangerous and difficult to master — when they got it cranking, they could fill the air with blistering drum patterns and murderous guitar, and when they laid back, they were no less dangerous. Even the open space between beats breathed of evil funk and anticipation. They stopped being the bulls who ran down the hill to fuck one of them there cows. Now they were taking their time and fucking them all. (thejonspencerbluesexplosion. com)