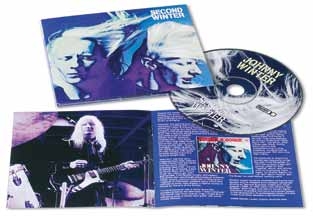 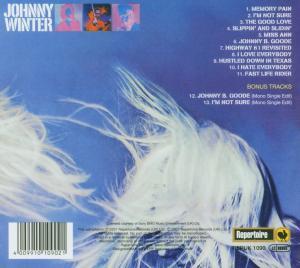 Johnny Winter, the ultimate blues shouter and guitarist, created a sensation with his full-blooded ‘live’ appearances and best selling records in the late Sixties. Johnny – and equally talented brother Edgar Winter – made a powerful duo, with their earthy blend of rock’n’roll and the blues. Johnny’s formative influences can be heard on ‘Second Winter’, his critically acclaimed second album for the Columbia label, first released in 1969. There are shades of Jimi Hendrix, Little Richard, Chuck Berry, Muddy Waters and even Bob Dylan, on a blistering series of performances, such as ‘Johnny B. Goode’ and ‘Slippin’ And Slidin’’, that still sound exciting more than thirty years later. Johnny is backed by Edgar on keyboards and saxophone on a ‘breakthrough’ album that confirmed his status, and ensured that the man with the long white hair and charismatic energy would become a true rock legend.