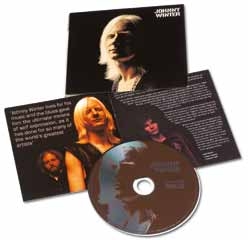 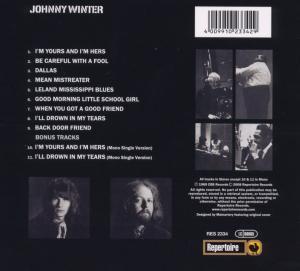 It was the re-birth of the blues when Johnny Winter wailed and strummed his way onto the American music scene in the late Sixties. The guitarist and singer from Texas caused a sensation when he arrived in New York to accolades from ‘Rolling Stone’ magazine. His eye-catching long blond hair helped create an unusual image, but it was Johnny’s dedication to reviving the authentic sound of New Orleans blues that made the most impact. This splendid 1969 debut album features Winter singing raunchy standards and originals, backed by his brother Edgar on keyboards, together with like-minded backing musicians, including Walter Horton on harmonica. While relying on the songs of Robert Johnson and Lightnin’ Hopkins for inspiration, this earthy set of performances saw the birth of Winter’s own illustrious career.