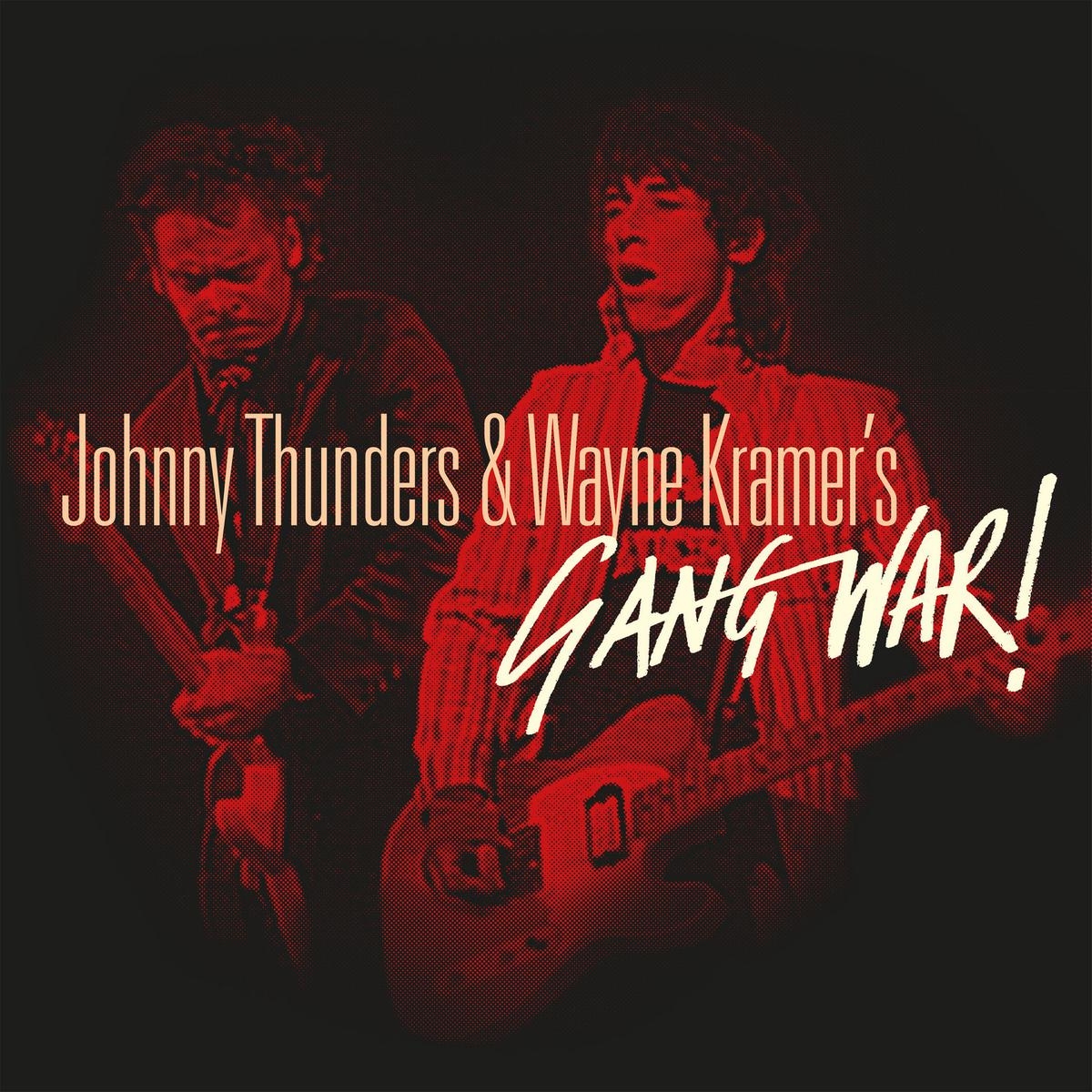 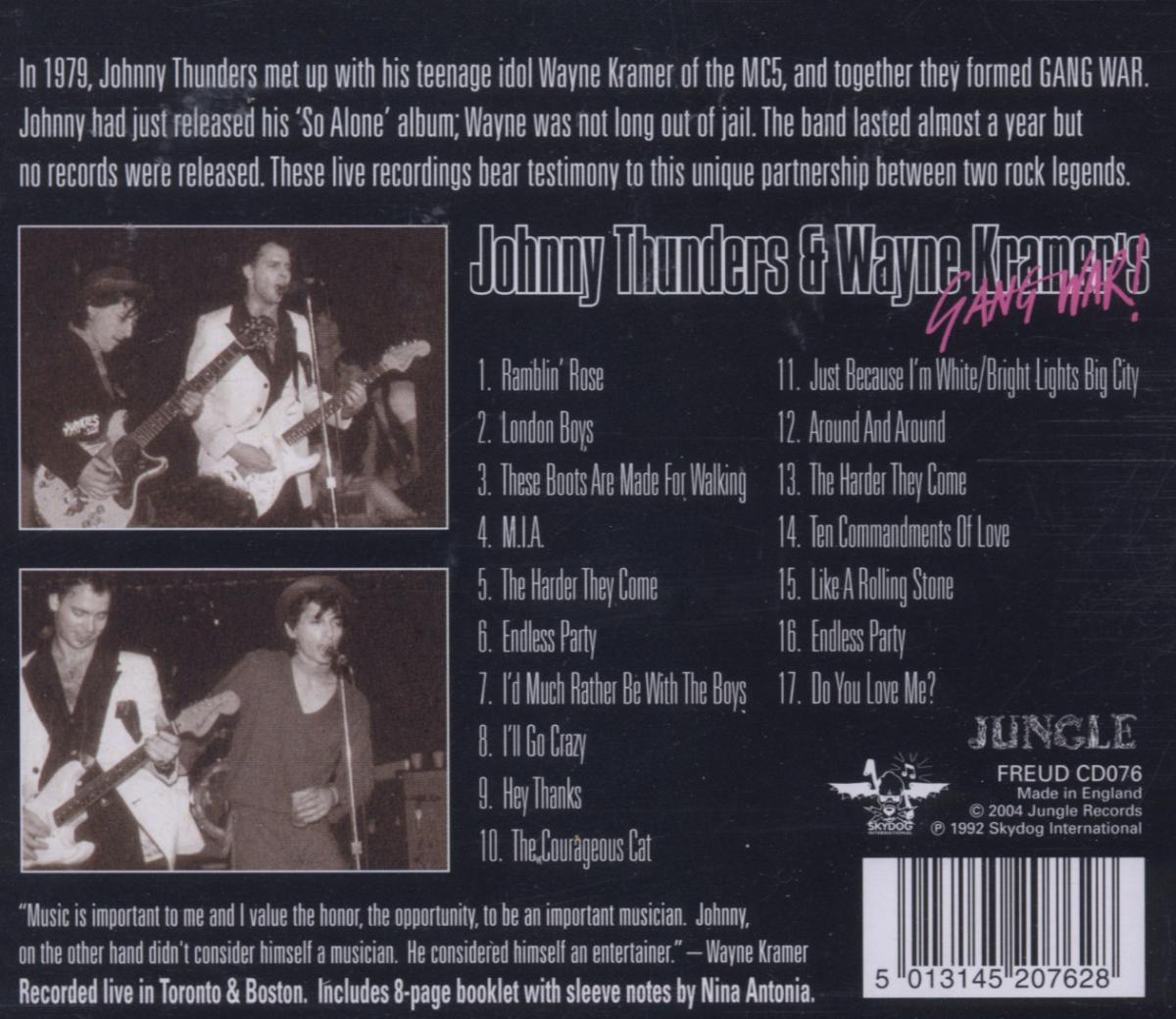 In 1979, Johnny Thunders, legendary Heartbreakers and New York Dolls guitarist, teamed up with Wayne Kramer, also legendary guitarist of Detroit's seminal MC5, to form Gang War, an alliance that lasted the best part of a year. Although Gang War released no records and at the time got little attention, in retrospect the collaboration is looked on as a 'rock fantasy' supergroup. These live recordings bear testimony to this unique partnership between two renowned rock guitar icons.

Gang War came about shortly after Johnny released his So Alone album, and Wayne was not long out of jail after serving two years of a sentence of four for a coke bust. Arriving in Detroit with the Heartbreakers, Johnny met his teenage idol Wayne who jammed with them at the gig. Johnny stayed on, moving his family to Michigan and pledging his future to Gang War. They toured regularly and recorded a couple of demos with a view to getting a deal, but they couldn't get record company interest and after eight or nine months they split. On the recordings, both contribute lead vocals and guitars on Thunders and Dolls tracks such as London Boys, Endless Party and M. I.A.; songs familiar from Kramer and MC5 such as Ramblin' Rose and Hey Thanks, and fascinating cover versions such as These Boots Are Made For Walking.

Together with the between-track repartee they also demonstrate the difference between the two - as Wayne Kramer has said: "Music is important to me and I value the honor, the opportunity, to be an important musician. Johnny, on the other hand didn't consider himself a musician. He considered himself an entertainer."