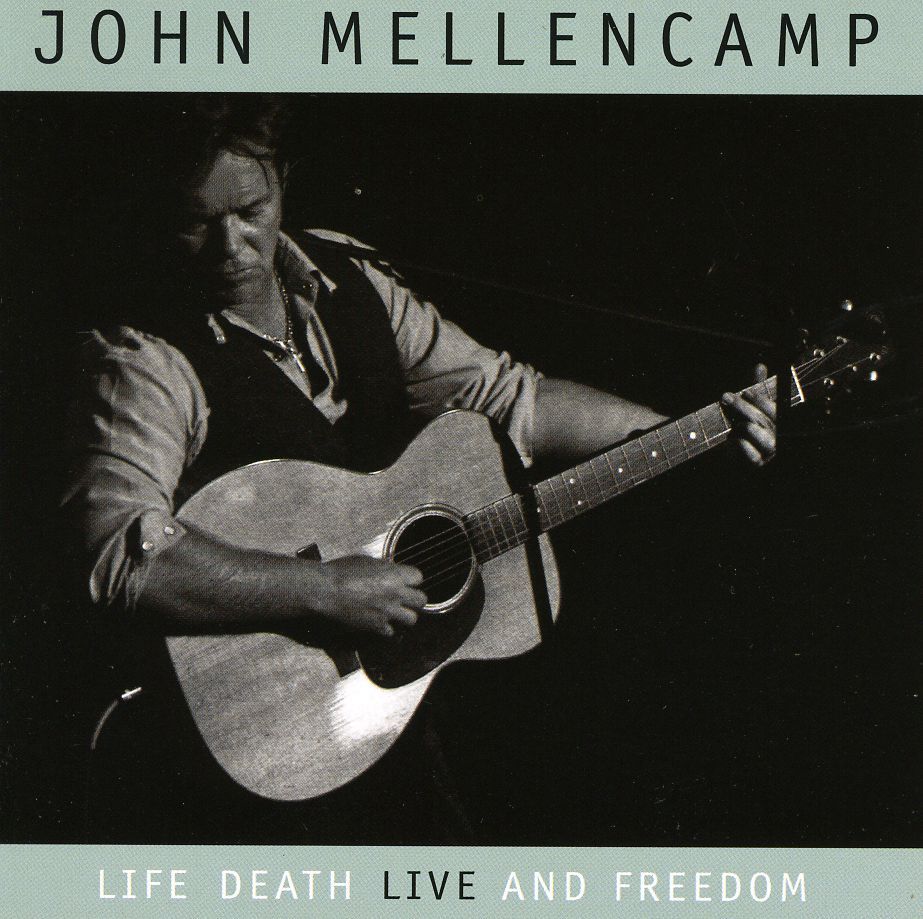 While the Life Death Love and Freedom studio album was in various stages of production under the direction of T Bone Burnett, Mellencamp endeavored to "road test" the album's songs long before its release. Over the course of almost a year, Mellencamp - variously as a soloist and with his band -- introduced concert goers to the new material, an unusual move for an artist who is identified with such a well-known body of prior work. The new music blended beautifully with his classic repertoire and was incredibly well received, something significant in light of the serious themes and the overall tone of many of the new songs. Theses songs were highlights of Mellencamp's concerts as they spoke directly to the country about where we were and where we were headed. They include the driving, blues-rooted "If I Die Sudden," the politically charged "Jena" and the poignant "A Ride Back Home", who's studio incarnation as a duet with Little Big Town's Karen Fairchild, is Mellencamp's latest single and video release. Also part of Life Death LIVE and Freedom are the ominous "Troubled Land," which chronicles the malaise that gripped the country during the Bush years and the contemplative "Longest Days," inspired by Mellencamp's late grandmother. "Young Without Lovers" (with audience participation), the rollicking "My Sweet Love" and the folk-styled "Don't Need This Body" complete the LIVE line-up.

The collection reflects the way the songs were heard by audiences for the very first time as Mellencamp assiduously adhered to a doctrine of "audio vérité." Concert tracks, sourced directly from the mixing board, were not subject to after-the-fact studio enhancement, overdubbing, etc, and, as a result, offer a view of Mellencamp as both songwriter and communicator, on an elemental, truly accessible level. While Mellencamp's touring band - Andy York (guitar), Dane Clark (drums), John Gunnell (bass), Miriam Sturm (violin), Troye Kinnett (accordion / keyboard) and Mike Wanchic (guitar) are heard on both the studio and live sets, there is a markedly discernable difference in terms of approach, intensity and tempo which transforms these live versions into something wholly unique and extraordinary. Wanchic, part of Mellencamp's band for over 30 years is co-producer of Life Death LIVE and Freedom with John Mellencamp. Engineer Bill Chappell recorded the songs live in concert over the course of six months of tour dates through North America. (concordmusicgroup. com)