Joan Osborne: Bring It On Home 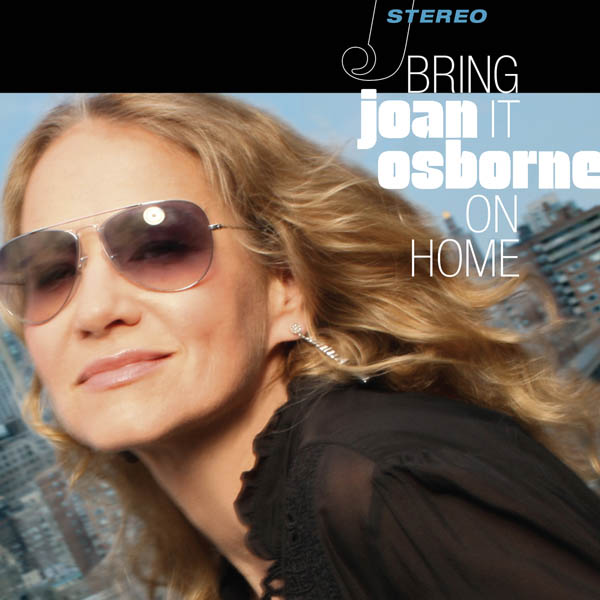 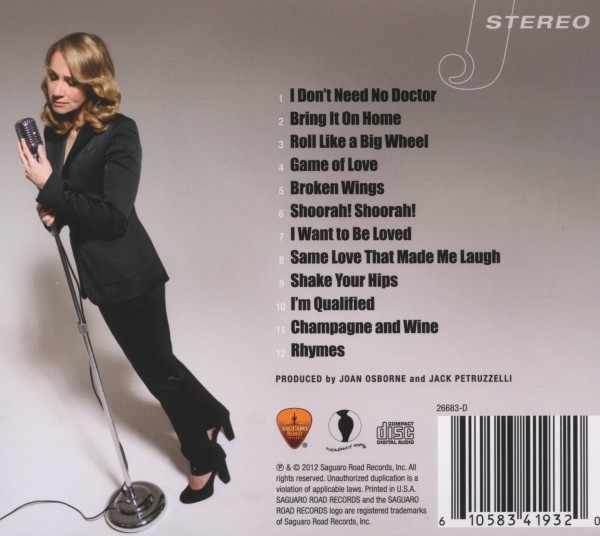 Joan Osborne recalls how “Blues music rescued me when I was in need of rescue.”

On her newest album, Bring it on Home, Joan returns the favor and it’s the blues that gets new life. Drawing from a voice the New York Times called “angelic ecstasy and sexual abandon,” Joan Osborne has at long last made an album of vintage blues, R&B and soul songs.

A collection of some of her favorite classic songs, Bring it on Home is Osborne’s tribute to the music she has long loved and drew inspiration from. “I knew that, someday, when the time was right and my voice was ready,” Osborne says, “I wanted to make a recording like the one you’re holding now.” With vocals that growl and soar, Osborne alternately cries out with heart-wrenching soul and foot-stomping grooves.

“The voices of Otis Redding and Al Green soothed a troubled soul, the power of Etta James and Tina Turner gave me courage, and the depth of feeling of Muddy Waters and so many other great blues artists allowed me to find and express my own depths,” explains Osborne. “When I began to sing in New York City in my early 20’s, I wanted nothing more than to model myself on these people, to inhabit the music as they did in some small way.”

She personally selected the obscure gem “Roll Like A Big Wheel” from her own record collection and added rock n’ roll-fueled urgency to it. She also dug deep into John Mayall’s work and came back with “Broken Wings,” where her vocal performance draws both goosebumps and tears. The often overlooked Ike Turner-penned “Game of Love” was another treasure Osborne chose to record, and during the sessions an impromptu rendition of “Shake Your Hips” made its way onto the album. “Shake Your Hips” is the lead track off of Bring it on Home and will be shipped to radio stations in January for airplay.

Bring it on Home also includes tracks originally made famous by American blues masters such as Sonny Boy Williamson (“Bring it on Home”), Muddy Waters (“I Want to Be Loved”), as well as recordings originally released by some of the greatest R&B singers ever including Ray Charles (“I Don’t Need No Doctor”), Al Green (“Rhymes”) and Otis Redding (“Champagne and Wine”).

Bring it on Home was produced by Joan and her longtime music director / guitarist Jack Petruzzelli. It was recorded live in the Waterfront Studios in Hudson, NY by engineer Henry Hirsch (Lenny Kravitz), who used an original 24 track Studer tape machine to recreate the warm and organic analogue sound of the era. Guest musicians include Barbecue Bob Pomeroy (harmonica), Allen Toussaint (piano on his own “Shoorah! Shoorah!”) and vocalists the Holmes Brothers and Rufus Thomas’ daughter, Vaneese Thomas. Jimmy Vivino, Conan O’Brien Show Band musical director, assembled all horn arrangements and also played electric piano on “I Don’t Need no Doctor.”

Joan Osborne has sold millions of albums and garnered multiple Grammy nominations throughout her critically and commercially acclaimed career. In addition to her own headlining tours, she has sung lead vocals for The Dead (formerly the Grateful Dead) and was featured in the award-winning film Standing In The Shadows of Motown.