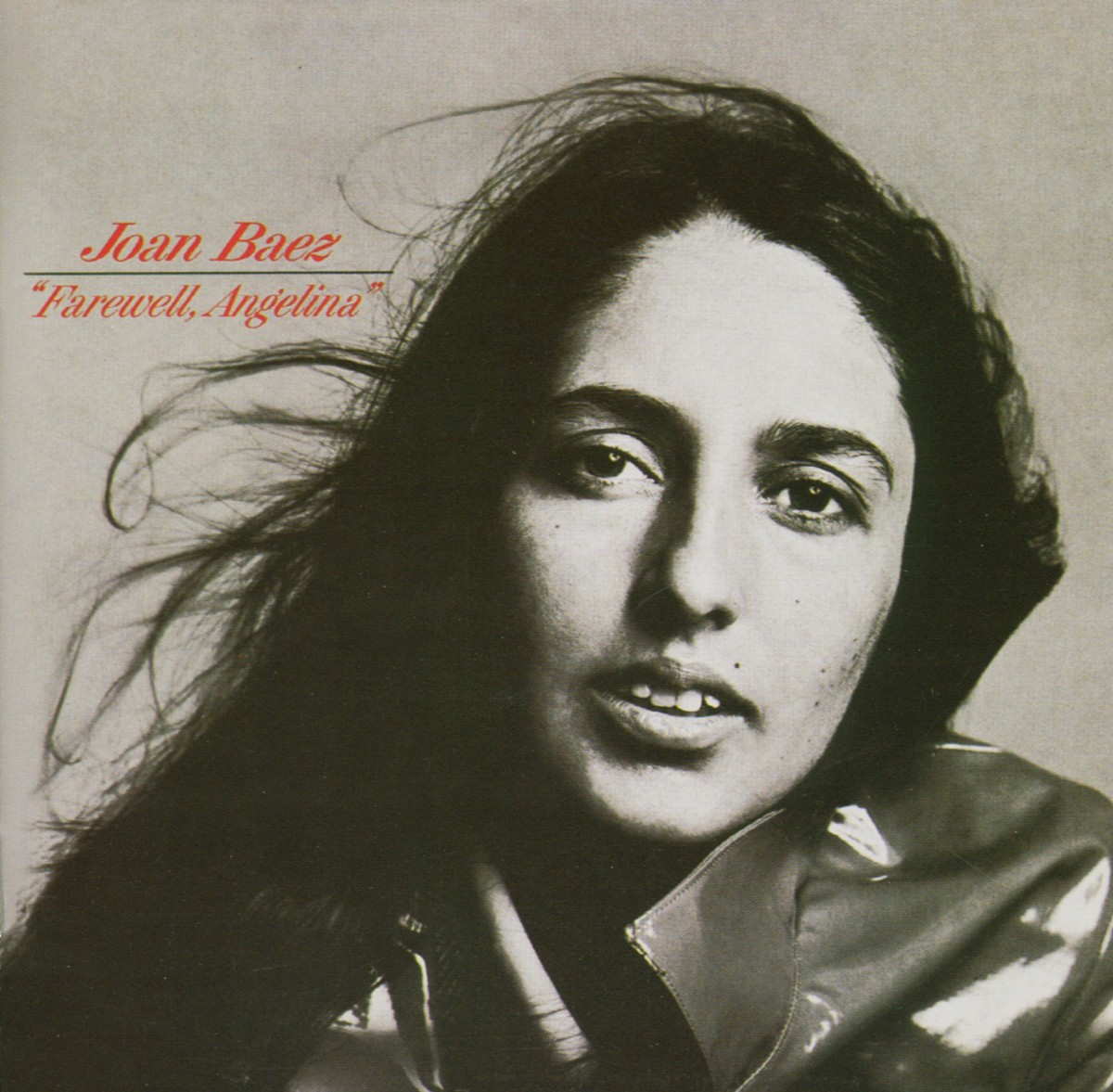 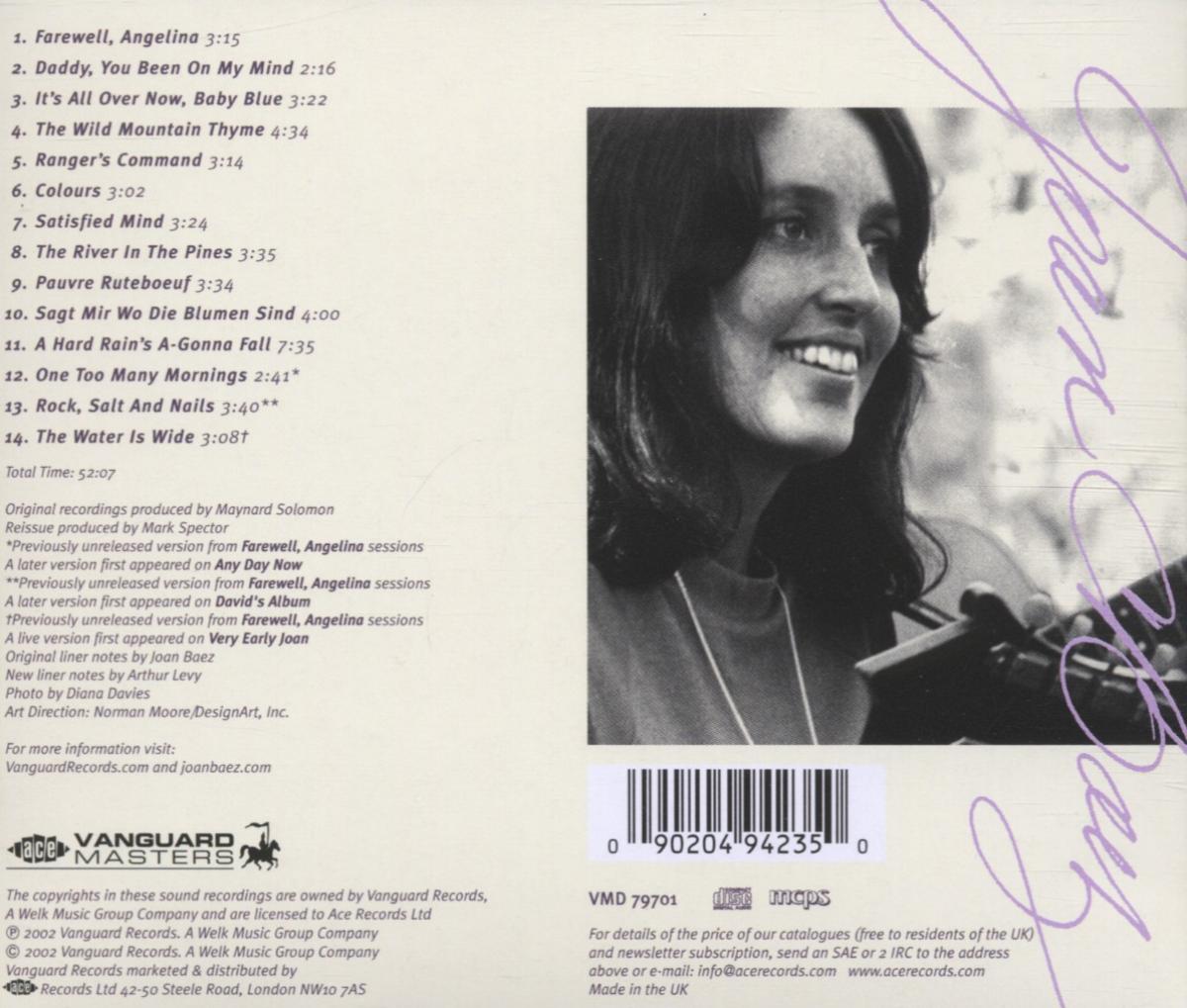 These two albums were probably the most important recordings Joan Baez made during the 1960s. In the scope of what they tried to achieve and in Joan's ability to stamp her authority on this material, Joan Baez 5 and subsequent album release Farewell Angelina surpassed all her earlier work.

For both she samples a broad range of (then) youngblood singer songwriters - among them Phil Ochs (There But For Fortune), Richard Fari a (Birmingham Sunday), Donovan (Colours) and, of course, Bob Dylan (Farewell Angelina, Daddy You Been On My Mind, It's All Over Now, Baby Blue, It Ain't Me Babe and One Too Many Mornings). She includes traditional folk material - River In The Pines, When Your Hear Them Cuckoos Hollerin, Death Of Queen Jane - but also, under the guidance of Maynard Solomon, explores Heiter Villa-Lobos Bachianas Brasileiras No 5 - Aria and the Old French song Pauvre Ruteboeuf. These two eclectic programmes are united by the force of Baez' vision and her voice and guitar, both of which are at their musical peak. Her singing is often understated (as in There But For Fortune and Birmingham Sunday) and this sense of a powerful musical tool, reined in and harnessed to the subtleties of the song, makes for a memorable performance. On the Villa-Lobos, the demands of the aria allow Baez' voice more freedom but she approaches this in a more disciplined fashion than previously.