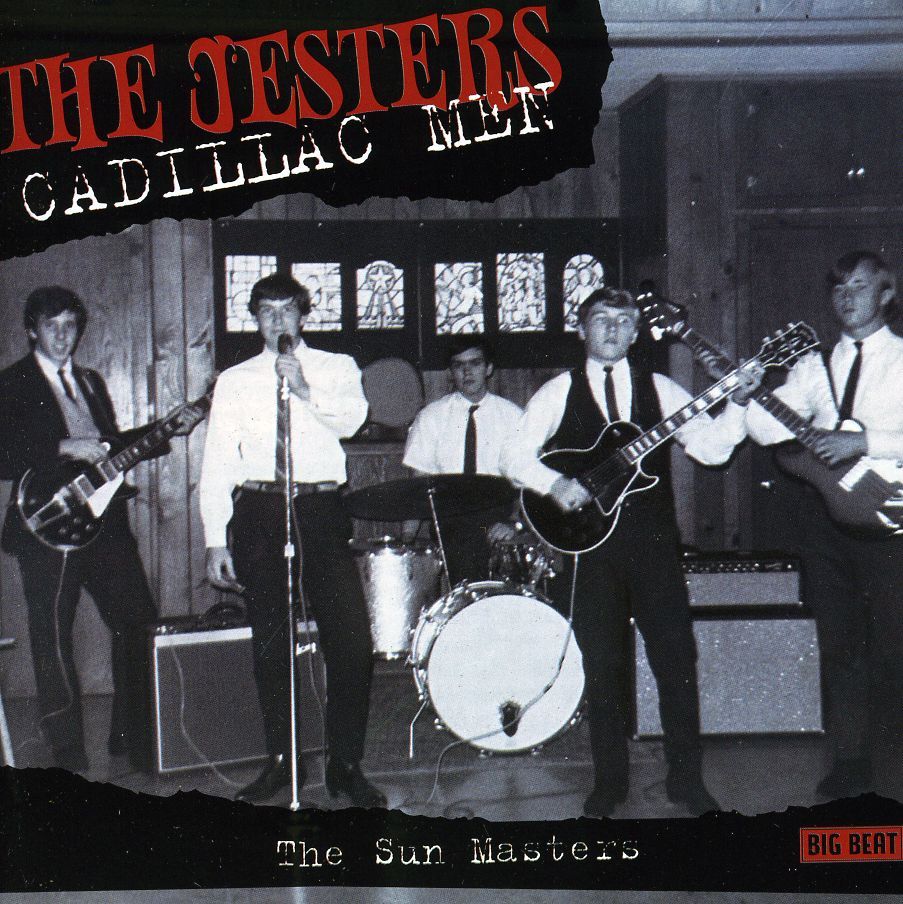 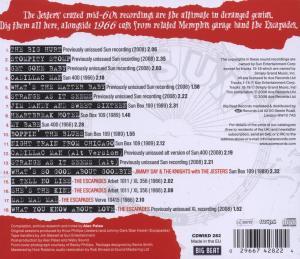 Bewertung:
lieferbar innerhalb einer Woche
(soweit verfügbar beim Lieferanten)
-15%
EUR 18,99**
EUR 15,99*
Versandkosten
It’s remarkable to ponder the fact that, as thoroughly as the vaults of the legendary Sun Records have been mined over the forty years since Sam Phillips shut up shop in 1967, some of the best rock’n’roll the label produced has remained hidden until now. I speak of course of the incredible Jesters, and the small but incendiary collection of recordings they made at Sun in 1965. True, a few bits and pieces have snuck out over the years, but always with the implication that, aside from their wellregarded 1966 single ‘Cadillac Man’, the rest of the band’s material was substandard British Invasion-influenced fare.

A quick listen to the hair-raising contents of “Cadillac Men” will show just how blindingly wrong that idea is. This is some of the most cathartic and crazed 60s rock I have ever come across, comparable to Dean Carter or the Sonics in its sheer power and fury. As the Sun historians know, playing guitar for the Jesters was Sam’s son Jerry, along with a quixotic individual by the name of Teddy Paige, whose leads are the proverbial headless chicken of rockabilly yore, hot-rodded with a corrosive blues edge. Add to that a pumping rhythm section and the soulful bawling of lead singer Tommy Minga, and there can be no doubt that the Jesters stand up there with Billy Lee Riley or Sonny Burgess as great Sun rockers; the true garage analogue to the wildmen of Sun Records’ 50s heyday.

“Cadillac Men” contains everything the Jesters recorded for Sun, produced by Knox Phillips, with Sam no doubt smiling approvingly over his son’s shoulder. We have also added four essential tracks by Minga’s subsequent combo the Escapades. ‘I Tell No Lies’ and ‘Mad Mad Mad’ are acknowledged Memphis garage classics, and are presented here for the first time legitimately licensed and in great sound quality.

And if the sounds weren’t enough, the combo’s brief history, as revealed in the lengthy liners, is even stranger than fiction, encompassing as it does Memphis maverick Jim Dickinson, a future medieval knight, and The World’s Most Perfectly Formed Midget Wrestler. It’s been mentioned to me on more than one occasion that with a story like the Jesters’, you don’t actually need any music to be entertained, but believe me, you’ll be as excited as I was upon discovering the incandescent magic of this amazing combo.