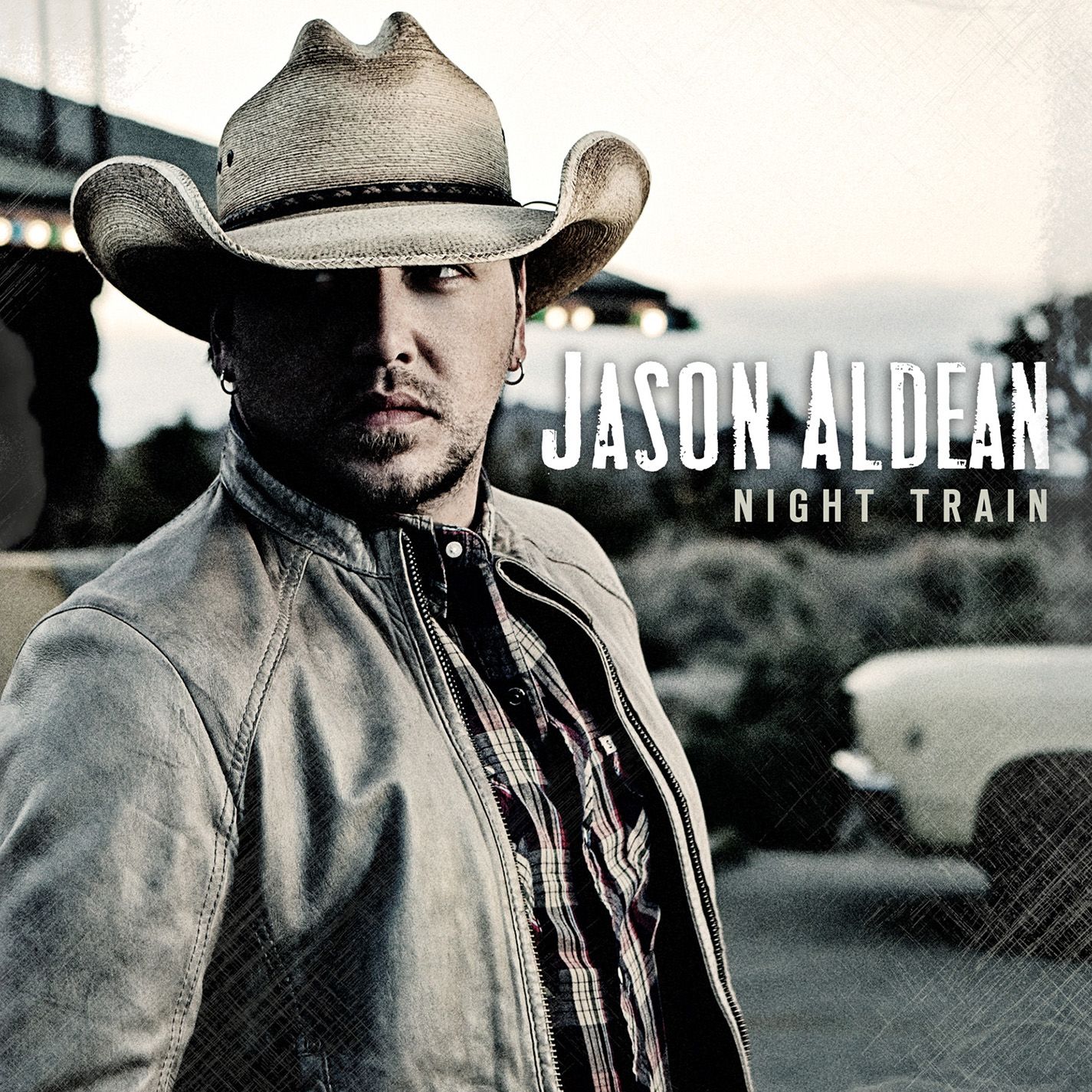 Jason had an easy task when he picked a name for his fifth album for Broken Bow Records. One of its 15 songs, “Night Train,” perfectly embodied the tone of his career. The train is moving, and it’s moving at a rapid pace.

"I feel really great about the songs we recorded for this album," said Aldean. "There are some surprises on there that might raise a few eyebrows, and there's also some more traditional stuff too. I don't like being put in a box, and I think with every record, we've had a lot of variety…'Night Train' is no different. I got to do a cool uptempo song with Luke (Bryan) and Eric (Church), who've both been out with me over the last two years. I love collaborations like that, and I think the fans dig it when artists get together…it keeps it interesting."

The new album expressly builds on Aldean’s reputation for finding quality songs and for defying categorization. It covers broad turf and is held together by Aldean’s unique voice and by his refusal to stick with one sonic or lyrical theme. Night Train takes a twisting journey, transporting the listener through a variety of emotions and distinctive instrumental sounds, adding to Aldean’s reputation as an unpredictable, uncontainable hard rocking country artist.

Longtime producer Michael Knox is back for the fifth time, along with Aldean’s road band that, in a departure from country’s status quo, have played on every song he’s recorded in his career, creating the unique synergy between Aldean’s records and live show that he’s become known for.

“There’s no formula to music," Aldean notes. "It’s meant to be experimented with. You’re supposed to try things. So I love getting in there with my guys and coming up with sounds that nobody else really uses.”

Night Train follows Aldean’sprevious disc My Kinda Party, the reigning CMA and Billboard Album of the Year. Since its release in Nov. 2010 the album has sold nearly three million copies, spent 92 weeks in the Top 10 on Billboard’s Country Albums chart and spawned five consecutive No. one hits including the first ever Triple Platinum digital single by a male country artist, “Dirt Road Anthem,” and the three-week chart-topper “Don’t You Wanna Stay” feat. Kelly Clarkson.

If his career is a runaway train, the real engine is his live show. Over the course of a single year, Aldean came into his own as a concert attraction – where he once crossed his fingers that he could sell out 6, 000-seat venues, he’s moved to stadiums now. He’s sold out each of the shows on his 2012 My Kinda Party Tour presented by State Farm®, – often in minutes at the day of on sale. He has broken over 40 venue attendance records and the tour has gone on to sell an unparalleled 1.9 million tickets.