It Hugs Back: Recommended Record 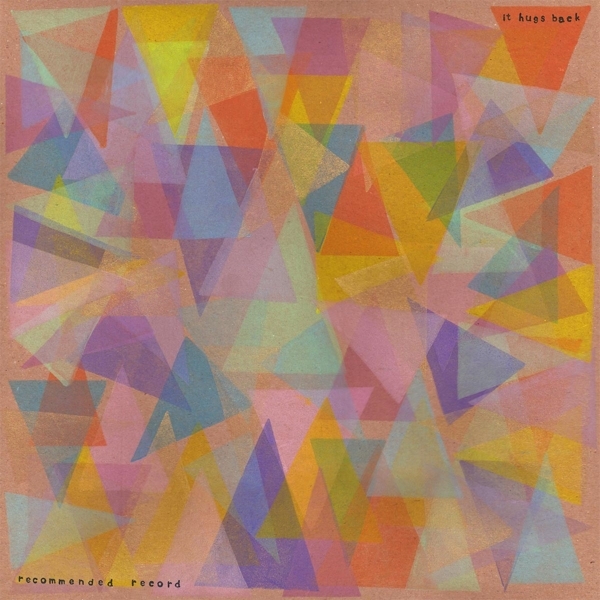 "Recommended Record" - as a title, it's a confident statement for the band's third album, their most accomplished, instant and joyful so far; a side-step from the freewheeling jams of their previous release, leaping headlong into a more concentrated pop-group sensibility whilst still maintaining the twists, turns and swerves that characterise the bands sonic adventures. Following the release of "Laughing Party", the band took time off while singer & guitarist Matthew Simms was recording a new album with his "other" band, the historic and influential Wire. Reconvening It Hugs Back in the summer with a collection of new songs at the ready, it quickly became apparent to the band that they had struck upon a new sound and direction, resembling Nirvana playing Steely Dan. Whilst the distinctive hushed vocals and intricate guitar interplay that have become the unmistakable It Hugs Back identity remain intact, a fantastic convergence and melding of new influences has emerged; from the pounding garage rock of "Go Magic!", to the Beatles-y groove of "Lower", to the almost Kraftwerk-with-guitars style of "Piano Drone", displaying little trace of the homemade, zero budget recording process.

Mehr von It Hugs Back