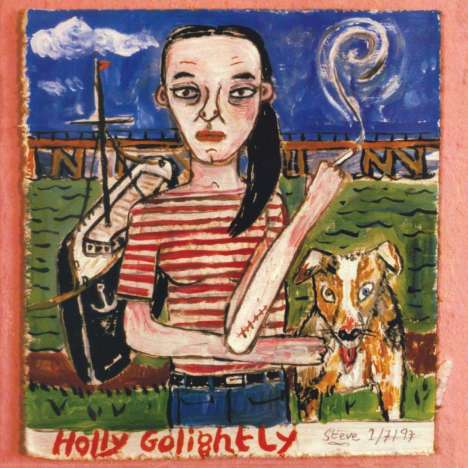 * Digipack
This is a reissue of Holly Golightly's third proper album which was originally released in 1997 on the Sympathy label in the USA, now finally available on digipak CD and 12" LP vinyl.'Painted On' is one of Holly's favourite albums and it features some of her regular live favourites including 'A Length Of Pipe' and 'I Let My Daddy Do That' which she now plays along with Lawyer Dave in her current incarnation as Holly Golightly & The Brokeoffs. This album was recorded at both Toe Rag Studios, which was then based in Hoxton and Holly's home in Rochester. The players on this album are Dan Melchior on Guitar & Vox, Matt Radford on Double Bass & Whistlin', Bruce Brand on Drums, Git & Percussion, George Sueref on Harp & Vox, Brian Nevill on Drums & Cymbols, Rick Appleby on Bass, Ed Deegan on Guitar & Slide and lastly Baine Watson as the hick!The cover features a painting by Billy Childish of Holly and her dog Jack down by her boat on the river Medway.