The Heavy: The House That Dirt Built 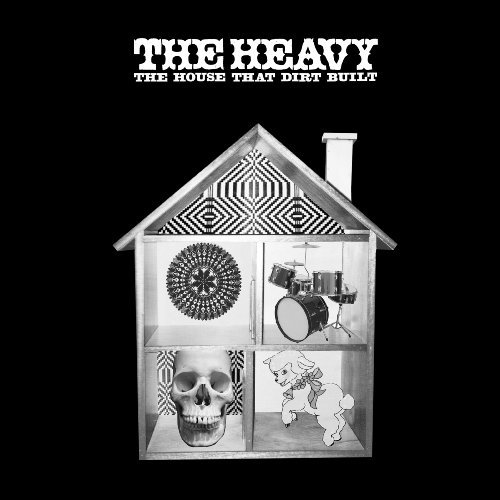 The Heavy have been building. With a background in the joys of sampling and a foreground in scuzzy guitar, bass and beaten up drums, with schizo music tastes and a West Country pace, they've been building brick by dirty brick. Now they'd like to welcome you into their beautiful home for a little nose around, a kind of party if you like. And if a little blood gets spilled then that's just how it is. Nobody said it was going to be a spread from "Hello" magazine. It will, though, be the best party you've ever been to.

"Oh No! Not You Again" starts things off, hitting like the garage-punk monster it is, Shingae Shoniwa of The Noisettes offering up the backing vox on a tune which sounds like Little Richard posssessed by the devil and turned up to 11. Main single, "How You Like Me Now" is pure voodoo-funk. "Sixteen" channels the ghost of Screamin' Jay into a tawdry tale of Satan and his young bride. "Short Change Hero" is an epic Spaghetti Western love song calling on the youth to drop their tools. "No Time" combines a filthy break with thundering riffing about losing the love that was supposed to be forever. "Long Way From Home" is punk-blues of genuine yearning. "Cause For Alarm" is a reggae / 2 Tone stepper, all crunched up and beaten-up for size. "Love Like That" is King Jammys updated Final tune. "What You Want Me To Do" combines the intensity of Hendrix with an obia ceremony. "Stuck," shows that for all the wide-eyed madness, The Heavy can also come out with the most affecting love songs which effortlessly combine their many influences into something both completely new and utterless timeless.

Mixed and produced by Jim Abiss (best known for his work on the first Arctic Monkeys, Adele and Kasabian) and with Noisettes input on three tracks (The Heavy toured with them and have all became firm friends), "The House That Dirt Built" represents a huge step forward from an already fantastic debut in "Great Vengeance & Furious Fire".

Since then The Heavy have toured the world and, where the first record was sample-based, the new one is much more a product of working as a band. Like the early rock ‘n' roll, blues and rhythm and blues which have influenced it, "The House That Dirt Built" is larger than life, funny, terrifying and occasionally beautiful. It is, in fact, a house you'll want to visit again.