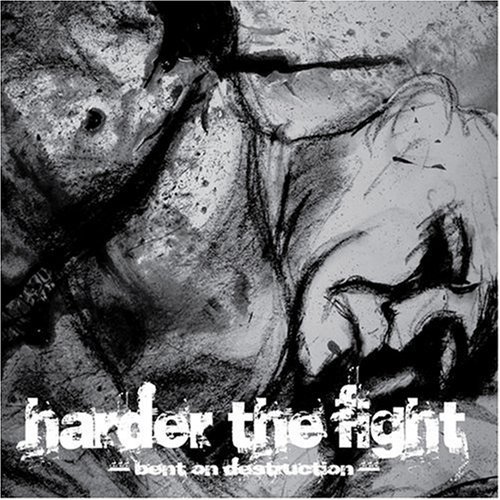 Inga Rumpf
Universe Of Dreams & Hidden Tracks
2 CDs
EUR 19,99*
After a debut 7" titled Dead Legends on Second Rock Records, HARDER THE FIGHT, from the Boston area, present a new EP, this time for Words Of War Records titled Bent On Destruction. Taking cues from current heavyweights DOWN TO NOTHING, BLACKLISTED, BRACEWAR, and HAMMER BROS, the five new songs on Bent On Destruction, represent a more passionate, faster, and heavier sounding recording for these New England veterans. Enlisting the help of studio engineer Jay Maas at the Getaway Group in Boston (AMBITIONS, HAVE HEART, VERSE, MELTDOWN, THE CARRIER, SHIPWRECK, HAMMER BROS., and THE EFFORT), HARDER THE FIGHT went into the studio in an effort to produce a recording that truly lived up to its title.