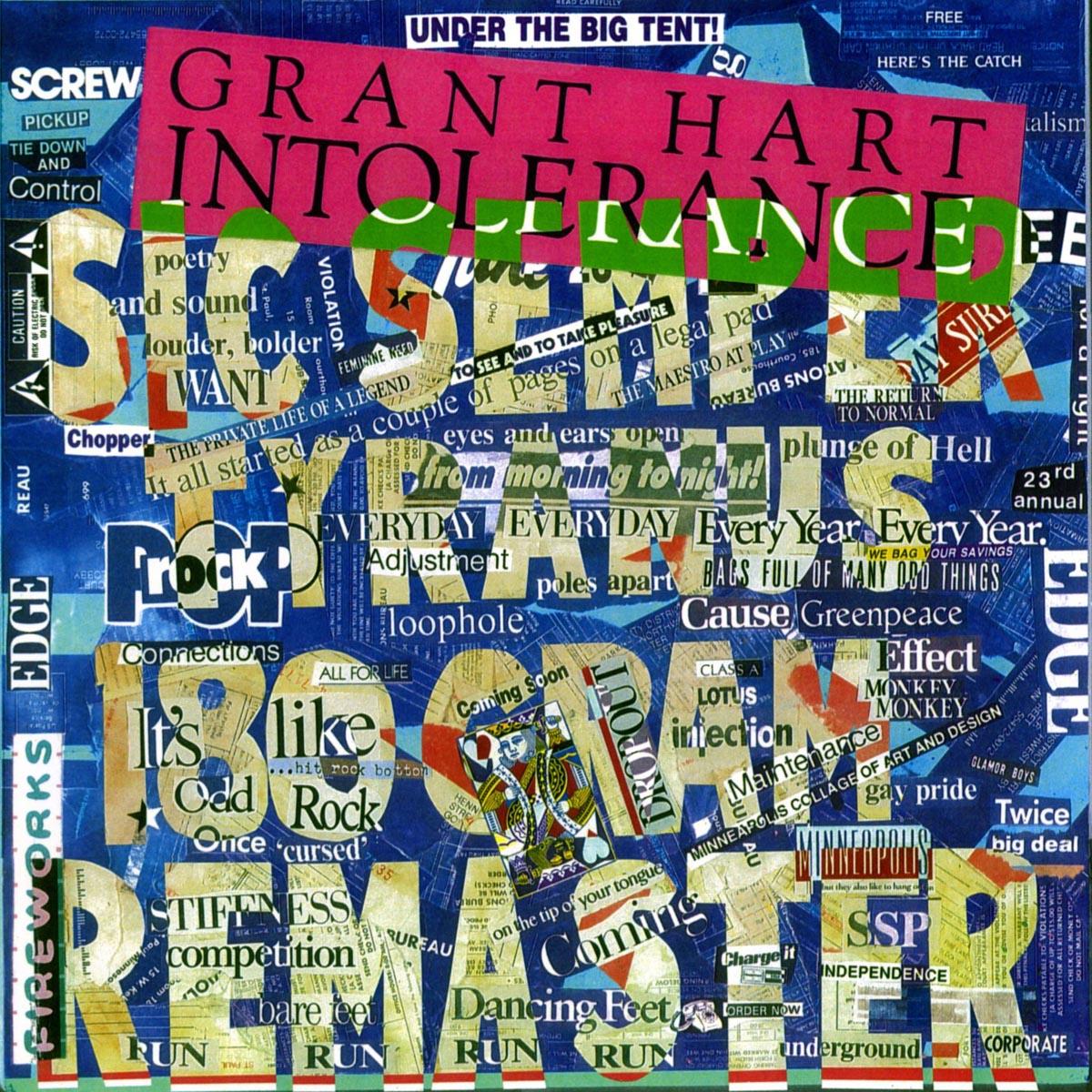 Vinyl reissue of Husker Du drummer / songwriter Grant Hart's 1989 lost classic. 1989's solo effort, the first by a Husker DU member, lovingly reissued on 180 gram vinyl. "Intolerance" contains the Sounds magazine single of the week, "2541," a lament for lost love. Other rockers include "Now That You Need Me," a very strong pop-rock song that was slated to be the single from the never made third Husker DU LP for Warner Bros. On the more introspective side of things, there is "The Main," a traditional ballad in waltz time that tells the story of one man's descent into hell. "Rollar Rink" captures the atmosphere of a roller-skating party that has too many guests. "Intolerance" was a reaction to the sparse production of the Husker records and was Grant's first opportunity to reach for the sounds that were in his head all along.