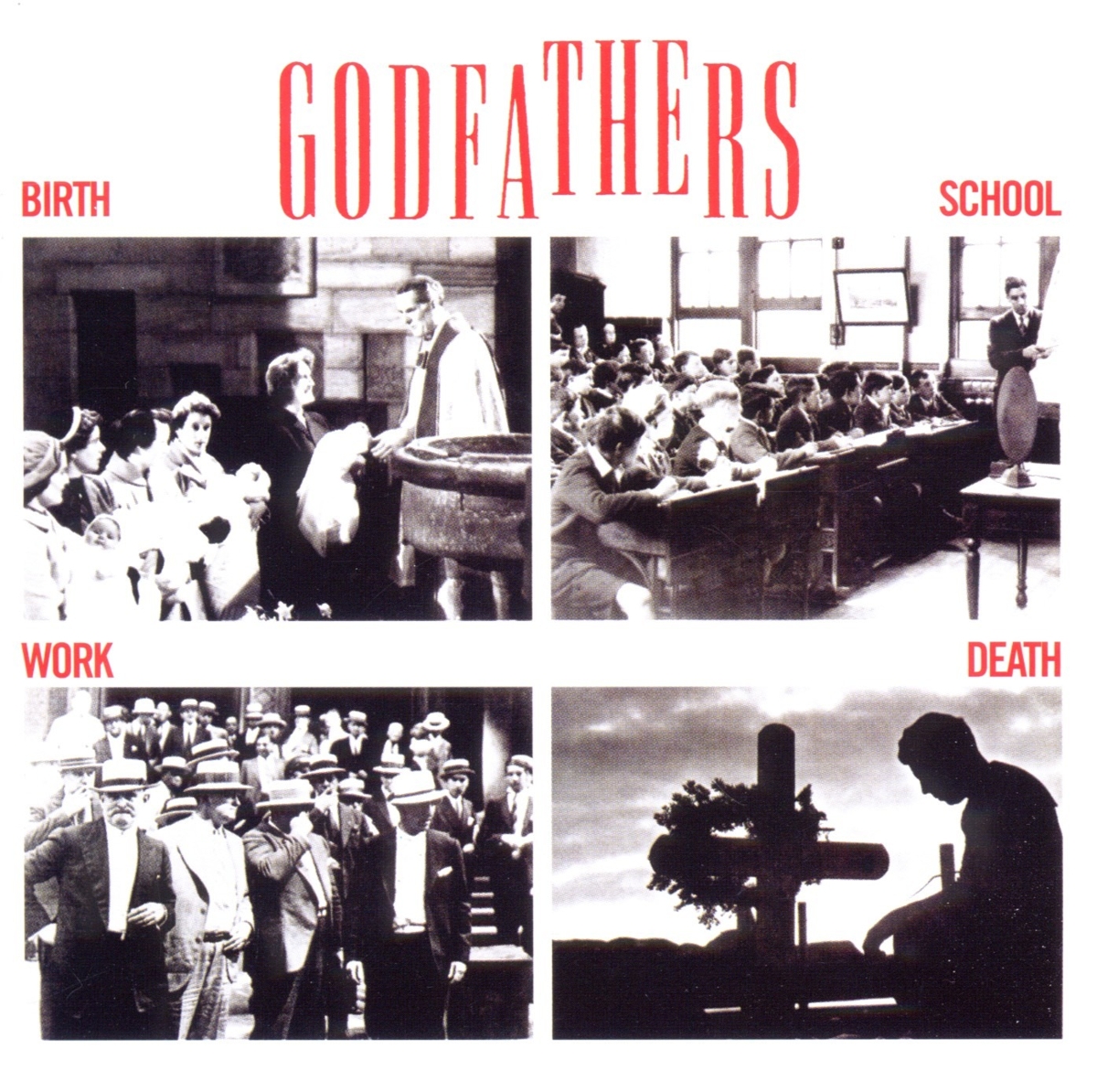 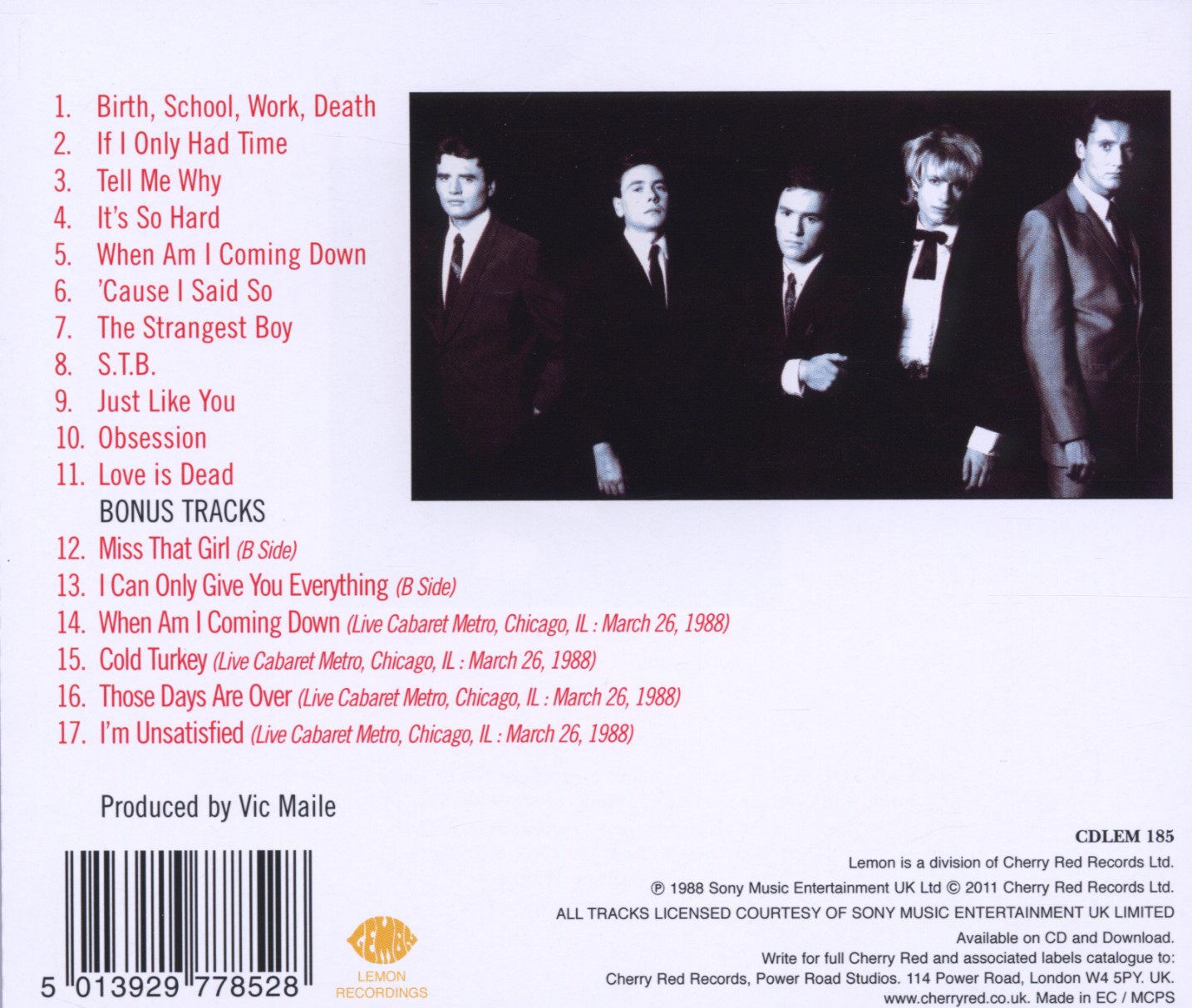 When people reminisce now on Brand 80s, they are presented with a glitzy, money pumped Club Tropicana. Well, think again. The Godfathers, who were indeed signed to the same label, Epic, as Club Tropicana author George Michael himself, presented hard, crunching, socially-conscious pop with a fierce R&B/mod sensibility. Their three albums for Epic, Birth, School, Work, Death, More Songs About Love and Hate and Unreal World, all offered a powerful antidote to the puffed-up importance of the music scene.

Released in 1988, Birth, School, Work, Death jarred with both the indie movement which was obsessed with getting over the demise of the Smiths and the Housemartins, and the mainstream pop charts.

Birth, School, Work, Death was released in February 1988. A tie-in gig at London s Town And Country Club in Kentish Town on Valentine sNight 1988 marked The Godfathers step into the big time. The album made No. 80 on the UK albums chart, where it remained for two weeks. However, in the states, the title track was pushed heavily by college radio, and it became an USTop 40 hit. Birth, School, Work, Death has got to be a bit of a high point, cause that took off instantly all over the world and it s turned into a little franchise of its own really, Peter Coyne was to say later.