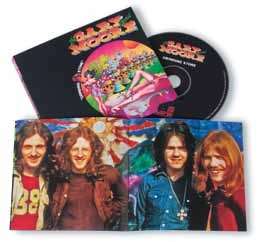 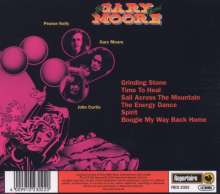 One of the world’s heaviest blues-rock guitarists, Gary Moore has played a major role in music since he was a 16 year old ‘boy wonder’ growing up in his native Belfast. Gary later achieved worldwide fame during the Seventies for his work with Skid Row, Thin Lizzy, Colosseum, G Force and the Gary Moore Band. He enjoyed singles success with ‘Parisienne Walkways’ and ‘Out In The Fields’ and in 1990 scored a hit album with ‘Still Got The Blues’, which signalled a return from heavy rock to his musical roots. ‘Grinding Stone’, his debut solo album, was recorded by the first Gary Moore Band in 1973, shortly after he left Skid Row. It has six driving original compositions, notably ‘Grinding Stone’, ‘The Energy Dance’ and ‘Boogie My Way Back Home’, that showcase Gary’s lyrical guitar playing, as well as his speedy fretwork.