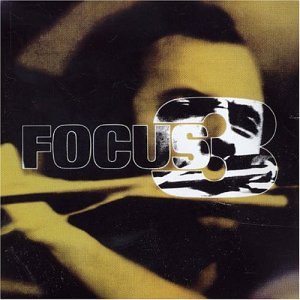 *** Gatefold Cover
The 3rd album by Dutch progressive rock group Focus was originally released in 1972 simply called _II_. While their Moving Waves album contained the international hit-song "Hocus Pocus", this 3rd album contained another worldwide hit "Sylvia". The single reached #4 in the U. K. and #33 on the US Charts. The album also contained the 1970 track _House of the King_, previously released as a single. With this 2009 reissue we proudly present the album in audiophile quality on 180 grams vinyl. For the first time ever, the epic composition +nonymus II_is included in its entirety (over 26 minutes long) on 1 LP side. The U. S. Single version of "Hocus Pocus" and an edited version of +nonymus_are added as bonustracks. Like the recent reissue of the Moving Waves LP, the sleeve is glossy embossed. Over 35 years after its original releases, Focus III sounds & looks better than ever before.