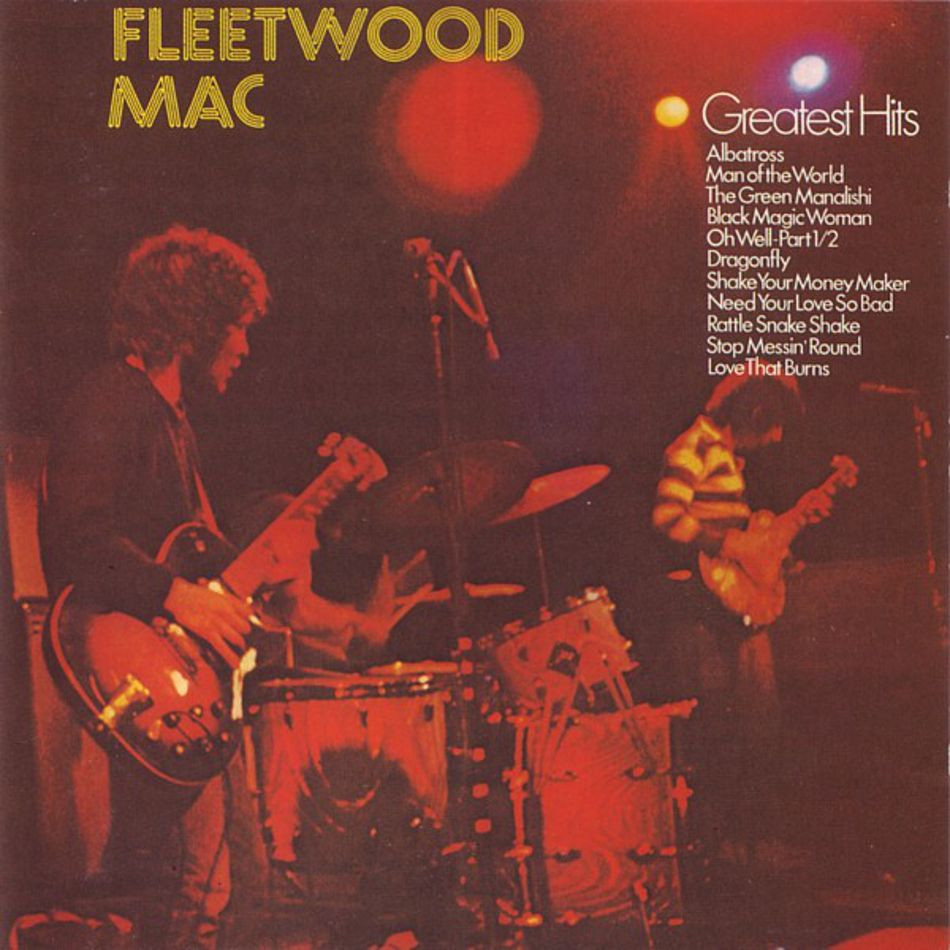 *** Gatefold Cover
The famous red sleeved Fleetwood Mac's ,,Greatest Hits" album was an essential part of every decent album collection in the early 1970's as it represented the first greatest hits package from Fleetwood Mac, covering the period from the band's beginning in 1968 through to 1971. Fleetwood Mac in their original incarnation were led by led by guitarist Peter Green and were leaders of the second British Blues boom of the late 1960s, Fleetwood Mac enjoyed several hit singles in the United Kingdom at that time and these are collated here for this album originally issued on CBS Records only in the U. K. 'Albatross' was a huge chart hit in the UK whilst the single 'Black Magic Woman'helped to break Fleetwood Mac in the U. S.A via a cover version by Santana, who placed their version in the Billboard Top 40.
The album gatefold shows a full-size photo of the post-Peter Green line-up of the band with Christine McVie, even though she just plays piano on a couple tracks and wasn't a full-fledged member untilafter the"Kiln House" LP was released.