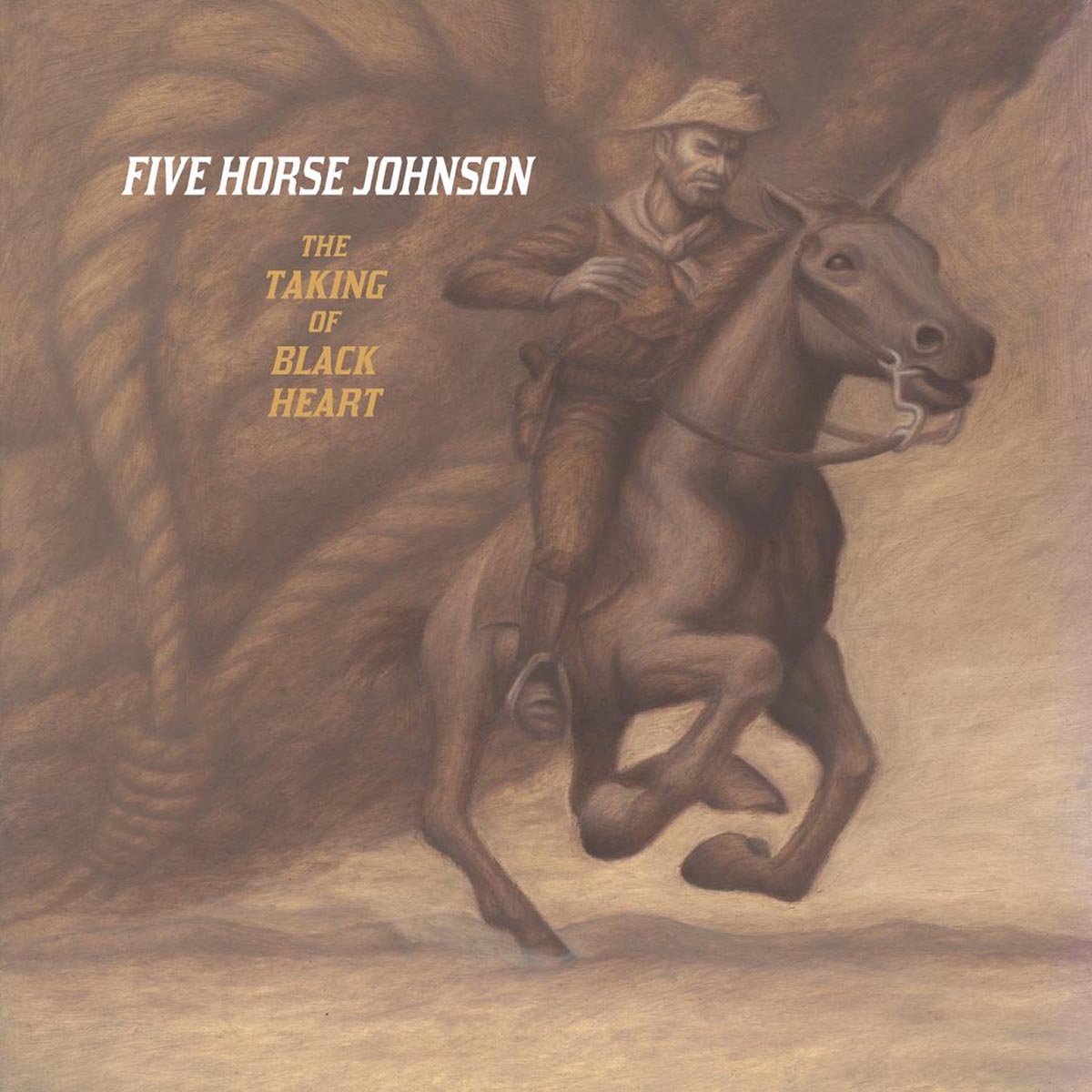 Five Horse Johnson is now seventeen years and six albums into its career, with a seventh about to drop. The band has dug out a niche of its own, combining their love and respect for traditional blues and classic rock to become one of the most loved and respected bands in the underground rock community. Always a freight train live, the band has toured hard with the likes of Clutch and Halfway to Gone, in the process gathering fans, friends, and drinking partners all over the world. Five Horse Johnson's new album, The Taking of Black Heart is due for release via Small Stone Records in January 2013. It is the band's first full-length record since 2006's The Mystery Spot, which saw Five Horse Johnson, with the help of Clutch's Jean Paul Gaster helming the drums, create its strongest album up to that point. That record saw Gaster and Steve Smith provide more power than a Super Hemi. Brad Coffin's guitar never sounded lither and his voice never stronger. Eric Oblander's harp, meanwhile, is as sharp as a tailfin, his gravelly vocal delivery a growling, howling counterpoint to Coffin's gruff style. Other collaborators on The Mystery Spot included Roadsaw / Antler's Craig Riggs and Big Chief's Phil Durr and Mark Dancey. Durr is now an official member of the band. Now though, FHJ is back, preparing to rip the world a new orifice all over again with The Taking of Black Heart, which again features Gaster on drums and is produced by J Robbins of Jawbox (who also contributes some organ and percussion). The Five Horse Johnson lineup for the album is Eric Oblander (vox / harp), Brad Coffin (vox/ guitar), Steve Smith (bass) and Phil Dürr (guitar). The album also includes a special guest appearance from Robin Zander of Cheap Trick, who contributes vocals on the song "You're My Girl (I Don'tWant To Talk About It)". Five Horse Johnson is not a band that makes apologies. A decade into its life, compromise is not an option. The truth is, this is hard, heavy, dirty blues rock 'n' roll for people that like that sort of thing. This music is for people who like the sound of an engine roaring or the feeling obtained by following a cold beer with a shot of good whisky. Five Horse Johnson will gladly kick your ass, and then wait for you to say thank you.